With the success of the original Japanese SASUKE in the states comes the version for America.

Potential contestants go through a series of steps before possibly becoming an "American Ninja Warrior". Over 3,500 athletes have attempted to conquer Mount Midoriyama and become one since the series began in 2009.

There are some requirements contestants must meet before participating at a regional qualifier. Contestants must be legal residents of the United States and be in decent physical shape. There is no upper age limit, though participants must be at least 19 years old (21 years old during the first nine seasons). Contestants must fill out a 20-page questionnaire and make a video about themselves. The required length of the video has differed over the years. Submission video length requirements have varied from 2 to 8 minutes, depending on the season.

1,000 people applied to compete in season one, 5,000 people in season six, 50,000 in season seven, 70,000 in season eight, and 77,000 in season nine. Producers then select 100 contestants from the thousands of applicants to participate in each regional qualifier. They also select 20 to 30 "walk-ons" who may wait weeks camping outside to get a chance on the course.

In each city qualifier course, the competitors that the producers have selected compete on an obstacle course consisting of six obstacles. Descriptions of each obstacle in each course are provided by the sideline reporter at the beginning of an episode.

At the beginning of each run, a buzzer sounds off, allowing a competitor to begin the course. A timer begins simultaneously. The first obstacle on any city qualifying course is the quintuple steps or floating steps, in which competitors must run across. This is followed by four different obstacles that test a competitors balance, upper-body strength and grip. These five obstacles are built above water. If a competitor falls into the water or touches it, their run ends immediately and the timer records their time.

Until season nine, the sixth and final obstacle was the 14'6" warped wall, in which competitors are given three chances to reach the top. In season ten, the 18-foot "Mega Wall" was introduced adjacent to the warped wall. Competitors have only one attempt to reach the top of the Mega Wall, and if successful, will win $10,000. However, if unsuccessful, the competitor will only get one attempt at the warped wall. Competitors are given the choice of which to climb.

Qualifying and finals courses are filmed back-to-back, usually over two nights. Obstacles are designed and produced in the five months prior to an episode taping, with 3–4 new ones per city. In season eight, 18 obstacles were debuted.

The National Finals takes place at "Mount Midoriyama", the final course for American Ninja Warrior. Located on the Las Vegas Strip, it consists of four stages, each containing various obstacles of increasing difficulty. Competitors must complete all of the 23 obstacles. Should they complete the first three stages, competitors will advance to Stage 4, where competitors attempt to climb the 75-foot rope climb, known as Mount Midoriyama, in 30 seconds or less. Should a competitor achieve Total Victory, he or she receives a money prize of $500,000 from season four to season six, and $1,000,000 from season seven. Beginning in season eight, if multiple competitors complete stage 4, the competitors split the prize money, although in prior years the fastest competitor would receive the full amount. 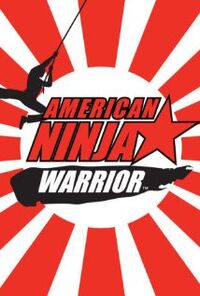 Based on the Japanese show SASUKE which is named Ninja Warrior when broadcast in the States.