"Here comes a half-hour of daffy descriptions and spontaneous double talk. It's time for Babble! The show in which…these three visitor celebrities…will try to figure out what in the world…these three home team regulars are talking about. And now, here's your host, the star of Babble, Tom Kennedy!"

Babble was an unsold game show pilot where three visitor celebrities try to figure out from the daffy descriptions and spontaneous double talk from three "home team regulars".

Six celebrities were divided up into two teams of three (a home team and a visiting team).

A contestant picked from the studio audience came onstage to play the game. He/She listened to a "babbling" statement from a member of the home team. Contained in the statement was a description, which was vital information about a person, place or thing. After hearing the statement, if the onstage player could identify the subject, he/she won a trip to anywhere in the world they wanted to go. If not, then that player had to play the second stage of the game.

It used the same theme as Celebrity Charades (1979 Version) and was used in the active pricing game Switcheroo during the short-lived 1985-86 syndicated version of The Price is Right (also hosed by Tom Kennedy), by Score Productions.

Fellow actress and game show alumna Betty White appeared as a celebrity guest in the pilot. 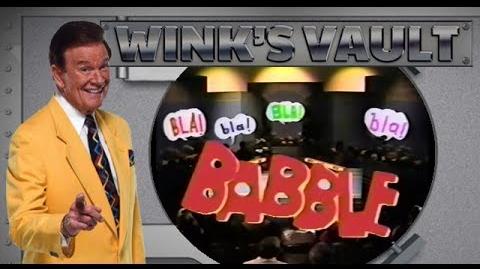 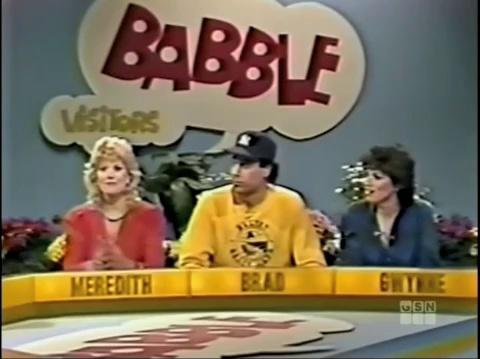 Babble
Add a photo to this gallery
Retrieved from "https://gameshows.fandom.com/wiki/Babble?oldid=209392"
Community content is available under CC-BY-SA unless otherwise noted.