Bedroom Buddies was a short-lived game show from the producers of Studs.

Three couples who were either married, engaged, or living together answered questions about their lives together. The points they scored were indicated by pillows dropping from the ceiling.

In Round 1, a statement with three possible answers was given to one player from one couple. That player had to decide which of the three choices was said by his/her partner beforehand. A correct answer earned one pillow. After one couple played the question, another couple played the same question in which one player from that couple had to decide from the remaining two choices. The partner from that couple previously made a choice from those. Six statements were played with two couples playing each (which meant that couples could score up to four pillows in this round).

In this round, each couple was given a question with two choices. Each player from each couple had to decide which of the two choices was said by their partners. Again, each match was worth one pillow; so a couple could score up to two pillows in this round.

Final Round: Double Score or Nothing[]

In the final round of the game, each male player (one from each team) guessed how their partners responded as to where they would like to spend their bedroom fantasies. A correct match doubled their pillows/score. The couple with the most pillows (out of a possible twelve) won the game and a trip to one of various locations, including Boston, Massachusetts, Lake Tahoe, Nevada, or Las Vegas, Nevada. 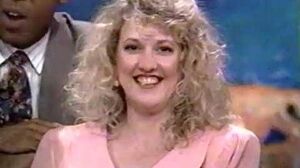 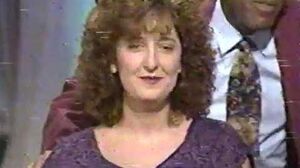