Bet On Your Baby

Bet On Your Baby was a game show where parents wagered on their children based on how strongly they thought their kids would perform mindless tasks.

Parents attempted to predict their toddler's next move in an effort to win money for their child's future education.

Five sets of parents (four in Season 2), along with their infant/toddler child, each decided whether their child could either complete a particular task, or how much of a task could they complete. All tasks took place inside the "Babydome", a special play area. A successful decision won $5,000 (or lesser amounts depending on the task).

The parents who were chosen for the first five games were brought on stage with buzzers while their bettors were sent into the Babydome to get their babies to remove as many stuffed animals as possible to reveal a rebus. The first parent to solve it advanced to the endgame.

The parents would watch a video of Peterman describing a word to the babies. The first couple to buzz in with the word advanced to the endgame. If a couple gave a wrong answer, the couple couldn't answer until another couple buzzed in. A rubber duck sound would censor out the word or any other word that could reveal the answer.

Regardless of the outcome, all families received a $1,000 Walmart Gift Card & a year's supply of Luvs Super Absorbent Leakguards diapers.

Countries that have aired their versions of Bet on Your Baby includes:

The original premiere date for this show was April 6, 2013. 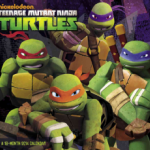