Bzzz! was a fast-paced version of The Dating Game.

On this show, a bachelor and bachelorette competed against each other to win a date with a member of the opposite sex, as well as money.

The bachelorette went first. Behind a screen, which she couldn't see through, were four different men, who introduced themselves to her one at a time. She then got to ask them each one question after their introduction. After the introductions, the bachelorette chose the man that she liked the least, who was set aside, but not necessarily eliminated.

The bachelorette would then interview the remaining three men in detail for a total of two minutes. The bachelorette selected one of the three remaining men to interview. If she didn't like the man in any way, she would press the "Bzzer", which caused the set to go dark with BZZZ! showing in red on the wall, thus eliminating him from the game. The "Bzzz'd" player was then shown a superimposed message, and immediately escorted offstage by Wood. He was also made to wear earphones, so that he couldn't hear why he got "Bzzz'd". If all three men were "bzzz'd", or the bachelorette's two minutes expired (though this rarely occurred), she was stuck with the man that she eliminated during the introductions.

Here are the messages that appeared whenever a Bzzed player was removed from the game:

The bachelorette and her prospective mate were given a paddle that had two different answers on it. They were both asked to go to a booth where they could not see each other's answer. The host would read a statement, and the players chose their answers, with $50 (later $100) awarded each time their answers matched. If the pair got a perfect score, they were awarded $1,000. After seven questions, the second couple played the round. Later in the run, this round was played immediately after the first couple was formed, and again after the second couple was formed; plus it was shortened to five questions, and each one was worth $100 (the $1,000 was still intact).

The pair that earned the most money during this round won the game, a prize package, and advanced to the Final Bzzz. Both pairs kept their money.

In the event of a tie, two tiebreakers were used during the show's run (one for each season):

In the Final Bzzz!, the roles were reversed, with the original bachelor/bachelorette being asked a final question by their prospected mate. If the mate rang the bell, the date was on, and the show paid for all the expenses; if, however, the mate hit the "Bzzer", the date was off, but was given a prize package for his/her trouble.

For the first taped show (maybe two), The Final Bzzz! did not play; this also applied to dates with celebrities, making the reverse conversation merely for fun.

In later shows after the opening, Wood would read a viewer submitted question about the show. She would then present the answer in a variety of ways that were or weren't seen before. 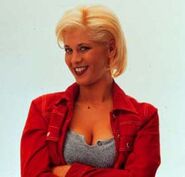 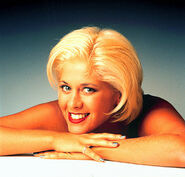 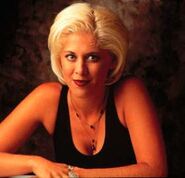 An equally short-lived German version under the name of Bzzz: Singles am Drucker (Bzzz: Singles at the Pusher) hosted by Daniela Noack ran on Sat.1 in 1997 until 1998.

A short-lived Greek version hosted by Marina Tsintikidou ran on MEGA in 1998.

Official Website
The Unofficial BZZZ! Page
Rules for BZZZ! @ Loogslair.net
Bzzz! @ It was a thing on TV