The Disney Channel is an American children's cable television channel that was first launched on April 18, 1983. The station is owned by Walt Disney Television (formerly the Disney-ABC Television Group). Currently, it broadcasts 24 hours a day, 7 days a week. The Disney Channel features a wide arrangement of family television shows as well as movies. The Disney Channel was also famous for doing game shows in which they had two short-lived ones, Mad Libs and Off the Wall, as well as their long-running game show, Contraption (the second-longest was the teenage version of Win, Lose or Draw, which revived in March 2014 as Disney's Win, Lose or Draw) since Disney was in competition with Nickelodeon for kids' game shows. 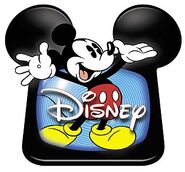