Game Shows Wiki
Register
Don't have an account?
Sign In
in: People, Contestants, America's Got Talent,
and 6 more

Brandon Rogers was born on October 30, 1987. He decided to pursue medicine when he was six years old. After coming home from school one day, he found his mother lying in a pool of blood. She was rushed to a hospital, where doctors managed to save her life. Inspired, Brandon decided to pursue a field where he could make a difference. Dr. Rogers completed an internship at Southampton Hospital in 2016 and was in his family medicine residency at Riverside Brentwood Medical Center in Virginia. He was a graduate of the Philadelphia College of Osteopathic Medicine. To deal with the stresses of being a doctor, he would sing and record videos.

Dr. Rogers decided to pursue a stint as a contestant on America’s Got Talent after the show’s producers discovered a video of him covering "On Bended Knee" by Boyz II Men. Dr. Rogers' buzz led to a performance with Boyz II Men in 2017 from January 20th to January 22nd.

Dr. Rogers passed away on June 11, 2017, in a car accident. On June 10th, Dr. Rogers was on a trip with two friends, riding in the front passenger seat. When the friend who was driving fell asleep, he drifted onto the right shoulder, veered off the road, and struck a tree. Although the driver and the friend who had been riding in the backseat survived, Dr. Rogers died from his injuries the next day in a hospital at the age of 29. 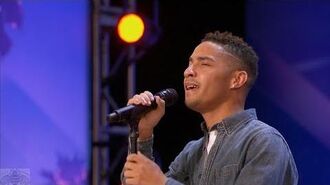