Dream Girl USA (not to be confused with ABC daytime's equally short-lived show Dream Girl of '67) was a short-lived beauty contest in which four women competed to reach the $100,000 finals.

Four women competed each week in a beauty contest. They were scored by four judges in four categories: Beauty and Style, Figure and Form, Talent and Personality. Every fifth week was a semi-final with the four previous weekly winners competing.

All of the semi-final winners retuned for a special one-hour final competition to determine the "Dream Girl of 1987". The grand prize winner received $100,000 and the runner-up got a Pontiac Fiero. 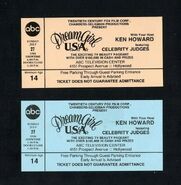 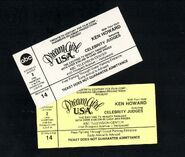 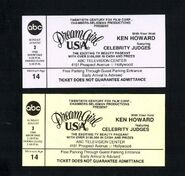 Host Ken Howard was the star of the 1978-81 CBS TV drama series The White Shadow. His character for the show was Coach Ken Reeves.

Ernie Anderson was better known as the voice of ABC.