Drew Allison Carey (born May 23, 1958) is an American comedian, actor, photographer, and game show host. After serving in the U.S. Marines and making a name for himself in stand-up comedy, Carey eventually gained popularity starring on his own sitcom, The Drew Carey Show, and serving as host on the U.S. version of Whose Line Is It Anyway?, both of which aired on ABC. He also made a guest appearance on the ABC sitcom Coach.

He replaced Bob Barker as the host of The Price is Right on October 15, 2007 and retains this position to this day.

Drew hosting Whose Line is it Anyway

Drew and the models in his first year 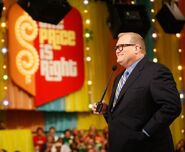 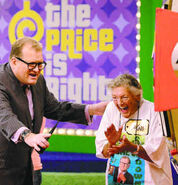 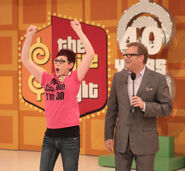 Add a photo to this gallery
Retrieved from "https://gameshows.fandom.com/wiki/Drew_Carey?oldid=224048"
Community content is available under CC-BY-SA unless otherwise noted.