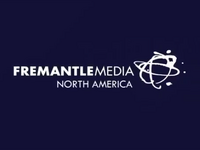 FremantleMedia North America is the American branch of FremantleMedia LTD, a subdivision of Bertelsmann's RTL Group since 2001 until 2018.

FremantleMedia North America had a few incarnations before it became what it used to be. It was first LBS Communications from 1976 until 1992; then it became All American Television from 1981 until 1998 and later Pearson Television from 1996 until 2001. Since 2018, the company was now folded into Fremantle.

The company holds the rights to the Goodson-Todman Productions (later Mark Goodson Productions) library, which includes Beat the Clock, The Better Sex, Blockbusters, Body Language, By Popular Demand, Call My Bluff, Card Sharks, Child's Play, Choose Up Sides, Double Dare (1976 version), Family Feud, Get the Message, He Said, She Said, It's News to Me, I've Got a Secret, Judge for Yourself, Make the Connection, The Match Game, Match Game, Mindreaders, Missing Links, The Name's the Same, Now You See It, Number Please, Password, Password Plus, Play Your Hunch, The Price Is Right, Say When!!, Showoffs, Snap Judgment, Split Personality, Super Password, Tattletales, To Tell the Truth, Trivia Trap, Two for the Money, What's Going On?, What's My Line? and Winner Take All.

In addition, they also own (along with Columbia Pictures) the rights to most of the post-1948 Bob Hope film catalog that includes The Seven Little Foys, The Lemon Drop Kid, and Son of Paleface. They were also the distributors of the television series Baywatch, and hold the rights to the Grundy Television Library, such series like Wheel of Fortune (not the U.S. version or any version produced since Columbia's acquisition of Merv Griffin Enterprises, since Sony now holds the rights to the show domestically and worldwide) and Neighbours, including game shows from its U.S. counterpart, Reg Grundy Productions.

In-house productions include Pop Idol and its related spin-offs (including American Idol), and seven carryover productions from Mark Goodson Productions: the current versions of The Price is Right (for CBS), Family Feud (for Syndication), Celebrity Family Feud (both the 2008 & 2015 versions for NBC & ABC respectively), the 2002-03 & 2018 revivals of Beat the Clock (for Pax TV & Universal Kids respectively), the 2008-09 reboot of Million Dollar Password (for CBS) and the 2016 revivals of To Tell the Truth and Match Game (for ABC). Currently, they hold rights (under license from Fuji Television) to the game Brain Wall, more commonly known as Hole in the Wall in over 20 countries.

FremantleMedia has also licensed rights to international formats including The Apprentice (with creator Mark Burnett for BBC One), The Janice Dickinson Modeling Agency (on Oxygen in the United States), the Simon Cowell-produced series The X Factor (in the UK), and America's Got Talent for NBC, the long-running Australian serials Neighbours and Prisoner, Distraction (on Comedy Central), and Gameshow Marathon (on CBS). In other countries, they own the franchise rights to Betty La Fea in Germany (Verliebt in Berlin), Spain (Yo Soy Bea), the Netherlands (Lotte), Sara in Belgium and Maria I Asximi in Greece.

FremantleMedia's library also includes the 2001 CBS telefilm The Christmas Shoes (inspired by the NewSong #1 hit), and its 2005 sequel, The Christmas Blessing. (The song is the property of Bertelsmann AG, which is the majority owner in RTL group.)

The company also owns the back catalog of the American TV production company Reeves Entertainment, which was acquired by Thames in 1990. Additionally, FremantleMedia bought the rights to all former programming of the now defunct UK broadcasting strand Thames Television from Pearson International in 2002, meaning they also hold rights to a variety of shows from the Thames archives including popular children's shows from the 1970s and 1980s such as the long running The Sooty Show and Rainbow.

FremantleMedia currently leases the rights to Match Game, all versions of Family Feud, including the Louie Anderson run, the various incarnations of Password and Press Your Luck to GSN. FremantleMedia also previously leased the entire Goodson-Todman library with The Price is Right.

On November 19, 2012, FremantleMedia Enterprises (FME) announced a major new distribution agreement with WWE for the exclusive home entertainment rights to WWE’s catalogue of programming across Europe, Middle East and Africa (EMEA). The deal goes into effect in January 2013 and will see FME manage the DVD, Blu-ray and digital rights for all new and existing WWE content, making it the first time that fans of WWE’s popular programming can access it digitally across EMEA.

In April 2013, FremantleMedia announced a partnership with digital network Blip to develop a new pet-related entertainment destination on Blip powered by FremantleMedia's digital programming site, The Pet Collective. The Pet Collective was launched online in April 2012, and is a digital producer of animal-friendly content that celebrates the connection between animals and their human companions.

Since 2014, FremantleMedia created an online game show channel on YouTube called "Buzzr". Its first game show was a weird version of Family Feud. In 2015, the next game shows to come on the channel were Password, Body Language, Beat the Clock and Celebrity Name Game. Additionally, the channel has also created original programs such as Big Batsu and Boyfriend Wars (styled as BF Wars) later on in 2015.

On October 13, 2017, FremantleMedia announced that they have acquired global rights to the classic game show Supermarket Sweep and are set to reboot the show in the future.

In 2018, FremantleMedia has become packagers of the classic Nickelodeon kids game show Double Dare hosted by comedienne and YouTube personality Liza Koshy and is announced by original Double Dare host Marc Summers (a.k.a. The Mayor of Double Dare)

In 2021, it was announced that it signed a long-term lease at a new studio space that will be built in Atwater Village.