Gameshow Marathon (stylized as Game$how Marathon) was a series of seven episodes each modeled after classic American game shows with celebrities playing to earn money for their charity as well as prizes for players at home. This series was based on the British format called Ant & Dec's/Vernon Kay's Game Show Marathon.

The players competed in four preliminary rounds, the winners of those rounds sat in what was called "Finalist's Row" and moved on to the semifinals. The four winners played semifinal rounds to determine finalists, who competed for a possible $100,000 for the charity of their choice.

Here are the game shows used, with more info located at the pages of the main games.

The Price is Right[]

While the basic structure of the game remained intact (including Rich announcing at the time), only three pricing games were played: Hole in One (or Two), Plinko (for $100,000), and Race Game. In addition, the top two scorers at the Big Wheel went to the Showcase.

While not needed, the Double Showcase rule was in play, and in the event of a Double Overbid, the players were instructed to bid again, until there was a winner. Only the Showcase winner's grand total was awarded to a home viewer.

In addition, Hole in One's second putt was edited out for time, and due to a correct guess, every non-celebrity audience member earned Plinko's fourth small prize, an MP3 player.

Brande Roderick was the winner of this round, earning $54,336 in prizes for a home viewer. 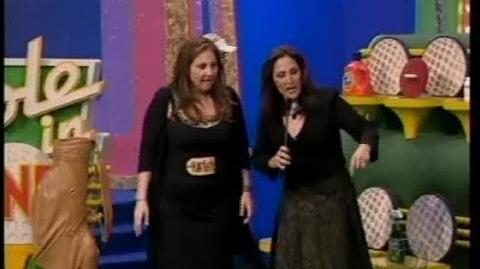 There were no major alterations to the format, except with one deal featuring two civilian contestants competing.

Gilbert Gottfried guest starred as a Zonk, but his charity was never revealed.

The format was based on the original Monty Hall version. 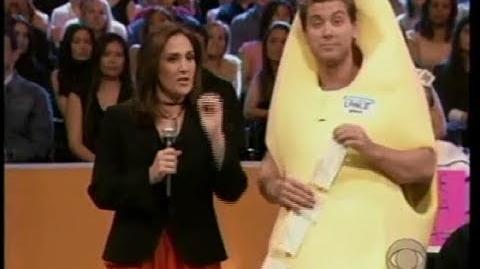 This was based on the 1950's version. Each player brought along a teammate to assist. Also, all the contestants were kept sequestered backstage so they didn't know what stunt they would play until they played it.

Two teams would face the same stunt which was used in the original, those doing it in the fastest times won a prize package and faced off in a Head-To-Head stunt to determine a winner. That person won another prize package (that winner's prizes went to a home viewer), and they then played a Bonus Stunt for a car.

Paige Davis won this round, and a total of $67,603 in prizes for a home viewer, including a Chrysler Crossfire SRT-6 Roadster.

Note: Kathy tried to take the seat in Finalist's Row away from Paige. 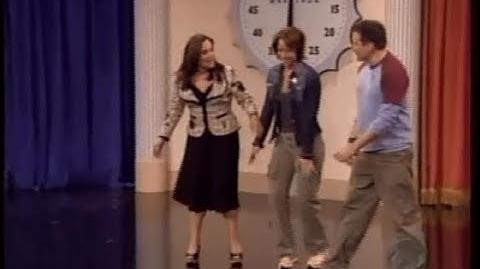 This was an elimination round; the two losers of this game would be eliminated.

Again, other than an increased budget, the game remained the same save for the lack of Peter Tomarken and Rod Roddy (whom Rich Fields replaced on Price as well). The cash prizes increased to as much as $10,000, and though not won, the highest prize offered was a Chevy HHR worth $16,990. This episode was in memoriam of Peter, who died in a plane crash with his wife at that point. The Big Board from the original show was reconstructed with new electronics. 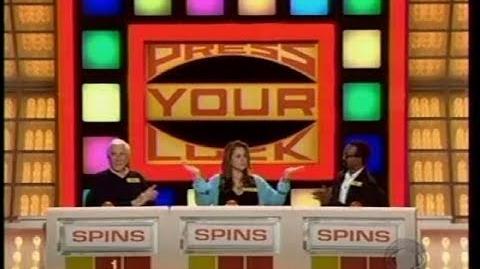 This was the first semifinal round, pitting Brande Roderick against Paige Davis.

While the game was visually based on the 1978-1981 version, elements from the 1986-1989 version were also used, such as the look of the board (main game & Money Cards), an audience poll question, & "Change Cards" in the Money Cards. In addition, the face-card turntables from the original version were altered to feature the backs of the card decks themselves (and had the boards attached to them so the boards could be revealed and concealed by rotation of the turntables), as well as the podiums. In addition, eggcrate fonts were used for the main game and Money Cards.

The winner also played a car game, in which they had to guess if the actual number of people in the audience poll group who answered a question was higher or lower than 5; the correct answer was revealed by use of a card from the blue deck (coin tosses were used to determine who played red and who played blue). 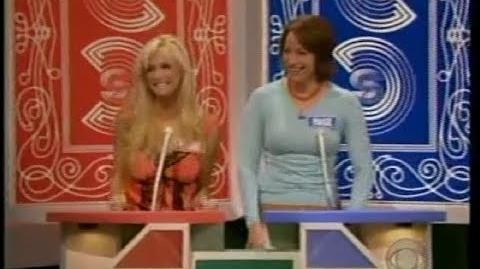 This was the other semifinal round, pitting Kathy Najimy against Lance Bass.

These are the six other celebrities that were featured:
George Foreman
Kathy Griffin
Bruce Vilanch
Adrianne Curry
Adam Carolla
Betty White (the only celebrity from the original)


The game used the Match Game PM format (three rounds, two Audience Matches), with the Head-To-Head Match played for 50 times the winnings, ranging from $5,000 to $50,000. 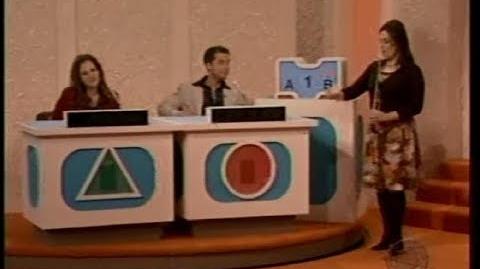 This was based on the original Dawson version (1976-1985). This was the final round, pitting Brande Roderick against Kathy Najimy in a standard 300-point game (Single-Single-Single-Double-Triple rules) for $100,000 for their charity, and a shot at $50,000 for a home viewer.

Both players were on Feud previously (Najimy in 1981, Roderick in 2001), and relevant clips were shown.

While it used a duplicate of the 1976-1985 set (with the trilon board's rotation shown as an animation on a CGI screen), 20/25 seconds were offered in the Fast Money game like it did at the time, and the "blip" sound effect used to reveal Fast Money answers was not used, like in the original series itself. 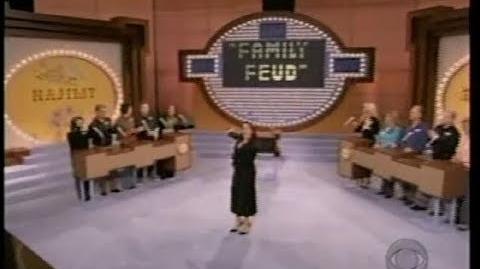 The following is a list of countries that have previously aired their versions of Gameshow Marathon including:

Although it was never answered in the next episode, the correct one out of the three was #2.

The theme from Press Your Luck was a re-recording and not the original by Lee Ringuette, possibly due to tape deterioration despite many copies of the theme online; the Whammy foghorn was rerecorded as well. Beat the Clock and Let's Make a Deal also had remastered music. The other shows used their original respective music.