George Edward Gray (born March 11, 1967) is an American comedian, game show host, and announcer. His first hosting job was at the head of the Game Show Network revival of The Gong Show, Extreme Gong. Afterward, he hosted Junkyard Wars. However, he is most recognizable for hosting the daytime syndicated version of The Weakest Link. Gray has also hosted other shows such as National Lampoon's Greek Games, I'd Do Anything, and being a co-host on 25 Million Dollar Hoax. Currently, Gray is the announcer for The Price is Right as of 2011, succeeding Rich Fields. To date, he is the third longest-running announcer on Price.

On April 20, 2020, Gray suffered three heart attacks and had to have a quadruple bypass operation four days later. Even though he has low cholesterol and good health, doctors stated that it was a genetic kind of heart attack with no signs beforehand. Then, he recovered and is in stable condition. 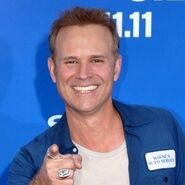 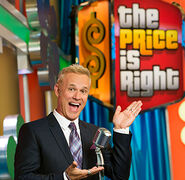