Go For It! TV was a children's game show based on the Go For It! Roadshow. The show aired one season in 2001, then a separate season in 2002, with reruns airing on local stations for E/I (Educational & Informational) credit from 2003 to 2005. The game consisted of two teams of four kids who participated in physical and mental games for prizes. Musical guests also appeared on the show in between and at the end of the show; the most notable were 3rd Faze and Dream Street. Various sports celebrities also appeared to give the rules for gameplay.

There were eight teams each season, each named after a kid clique. They were:

The two teams competed in a physical stunt in which the winners of that stunt earned 25 points.

Two teams stood on opposite sides of a large brain. One side had blue fluid, and the other had yellow (originally red). Teams played one player at a time and they were asked a series of questions with four possible answers attached to them. Simultaneously they choose which answer was correct and whenever a team or both teams answered a question correctly, they scored 20 points and had their side of the brain drained (literally). After each question, the player in control had to move to the back of the line allowing the next player to answer the next question unless of course that player answered wrong, at which point that player had to keep playing. The first team to completely drain their side of the brain by answering five questions correctly won the round plus a 25 point bonus for a grand total of 125 points. In case of a tie, a tiebreaker question was asked to both teams with the winner of that question getting the bonus.

In the final round, players from each team were at four different areas (two players (one from each team) per area); they were: The Swamp, Bounce Town (originally The Cage), The Ropes (originally The Pile) and The Destruction Zone. Each one had gold coins hidden in them. The teams' objective was to find & collect as many coins as possible within one minute (each player searched a different area). Each time they found gold, they had to place it in their respective vault (in actuality, a square container). Each gold coin found was worth 10 points. In the first season, 25 points were scored for each gold coin found, plus a 100 point bonus for finding the most gold.

Originally, the teams took turns at the Gold Rush.

The team with the most points at the end of competition won the game. The two top teams would come back at the end of the season and play for prizes and the title of "Go For It! TV Champions." 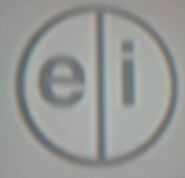 At least 3 episodes are known to be circulating among traders (two have been uploaded in full to YouTube, the ending logos from one has been uploaded to a CLG Wiki-affiliated channel)

Retrieved from "https://gameshows.fandom.com/wiki/Go_For_It!_TV?oldid=176415"
Community content is available under CC-BY-SA unless otherwise noted.