In each game, seven contestants competed for the right to win all the money in the "Box Office," which was an increasing jackpot which started at $10,000. Six of them sat in a gallery and held envelopes. Five envelopes contained cash amounts ranging from $100 to $1,000 in $10 increments (one in each envelope), while the one remaining envelope had the "Box Office" card.

One player would stand at the "Box Office" podium, and choose which one of the six players seated in the gallery to face. Once that player was chosen, that player opened the envelope and revealed how much money was inside it. That amount was then added to the "Box Office" jackpot. Those two players would then face-off in a "Hollywood Showdown," which was a showdown full of nothing but entertainment questions. Host Newton gave three possible answers and posed a question to both players. The first player to buzz-in with a correct answer won the question. A wrong answer gave the opponent a chance to answer from the remaining two choices. If both players missed it, the right answer was given, the question was thrown out, and a new one was asked. The first player to answer three questions correctly won the showdown and got to choose another player to face.

As soon as the "Box Office" card was found, or if there was one gallery player left, the player to win that showdown won a chance at the jackpot.

In the Box Office round, the winning player attempted to answer five questions correctly to win the "Box Office," similar to the Hot Potato bonus game.

On each question, the winning player had a choice of two categories to answer an open-ended question from. Once the category was chosen, if the contestant could answer that question correctly, he/she won the question and moved on to the next. Before each new question, the winning contestant was given two new categories and had the option to either select one and attempt to answer the question in that category, or stop the game and take the money, because if at anytime he/she answered a question incorrectly or ran out of time (they had about 10 seconds to answer), the round was over and the contestant lost all money accumulated. Each correct answer was worth $500 which became the contestant's should he/she stop, but if the winning contestant could answer all five questions correctly, he/she won the entire "Box Office."

Like Jackpot, all weeks were self-contained, meaning that a game in progress on Friday could not continue into the following Monday. When time ran out, all remaining players in the gallery opened their envelopes, and the player with the Box Office card competed in the final question round for that week. The winner of that round could either take $1,000 or return next week to play again for a brand-new $10,000 Box Office. In early weeks, the last winner of the week played the Box Office round one last time.

In 2000, the website Boxerjam.com once had an online version of Hollywood Showdown in conjunction with Game Show Network. 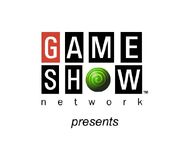 When players locked in to answer, the sound effect was the Ding sound from the Windows operating system. The lights used to indicate correct answers were reminiscent of those on Jep!, as they were a larger version of the timer lights on Jeopardy!, Rock & Roll Jeopardy!, & Sports Jeopardy!.

This was one of the few game shows known to have used sounds from Windows; the other one was the Arabian game show Waznak Dahab [You Weight is Dahab] (which used the Microsoft NetMeeting blip sound for a correct answer), which aired on Abu Dhabi TV from September 2002 until May 2003. Several Vietnamese game shows in the early 2000s also used them as well.

The buzzer for wrong answers in the Box Office round (as well as when the judges did not get the correct answer in time) was carried over from Wheel of Fortune.