(The New) Hoosier Millionaire is a clone of $100,000 Fortune Hunt for the state of Indiana.

Six contestants each played three rounds and chose at least three numbers (one for each round) from a game board with 30 squares numbered 1-30. The dollar amounts ranged from $1,000-$10,000 (the typical layout in the 1990s was ten $1000's, six $2000's, four $3,000's, two $4,000's, one each of $5000-$10,000, Doubler, Tickets). There were also two bonus prizes (typically 5,000 Hoosier Lottery Scratch-Off tickets and a trip sponsored by ATA) on the board that "did not count toward a contestant's cash prize total" (that is, the contestant got to pick again until uncovering a number with a dollar amount). In some episodes, only one bonus prize was on the Board, mainly the instant tickets, and in 1996-97, there were three bonus prizes including the RCA Home Package. Round 3 eliminates the four contestants with the lowest dollar amounts until there were only two contestants left who both advanced to the playoff round. The contestant who ended with the most money moved on to the bonus round. All six contestants keep whatever money they earned (which was guaranteed to be at least $3,000). In 1992, a "Doubler" square was added to the game board which doubled whatever dollar amount was next picked.

In the playoff, the players build on their previous scores, each picking until the opponent(s) can't catch up.

...in 1992 (from Purdue University in West Lafayette)(Notice the Hoosier Lottery text on the top of the board)...

...in 1993 (from Indiana State University in Terre Haute)(again notice the Hoosier Lottery text on the top of the game board)..

...in summer 1997 (from The Indiana State Fair) (notice the logo for Long John Silver's at the top of the game board)...

Find this and you could be a millionaire playing Lotto Cash!

Find this and you get lots of chances to win money!

Find this and you will be driving in a brand new car!

Find this and you will win a trip to the 1990 Pro Bowl in Honolulu, Hawaii!

Find this and you will win a cruise on the Royal Carribean Cruise Line to the Carribean!

Find this and you could go to Hawaii!

Find this and ATA will send you on a trip!

Find this and you'll get a Home Entertainment Package from RCA!

Find this and you will be entered into The Long John Silver's Win Again Sweepstakes for a chance to win a cruise for 4 on The Royal Carribean Cruise Line to the Carribean!

Find this and your next pick is Doubled!

In 1998, NAPA would give contestants gift certificates if they choose the doubler.

Same idea, except that there were three players per game, 16 squares, and two rounds followed by the playoff. Also, finding a bonus added $1,000 to the score.

Barbara and the board in 2000. (Notice the Long John Silver's logo at the top)

Bonus Round (Millionaire Round)[]

Mark Patrick has a case with $100,000 in cash. Will you take the money or play the Millionaire board?

One of many victims of this evil (or ugly) Stopper symbol since 1992.

This is what everyone wants to get.

Apparently, there was another $1M graphic used in the early days of the new bonus round.

The graphics may have changed, but winning a million is still exciting!

A Hoosier Millionaire made on the road! (Terre Haute)

Another Hoosier Millionaire made on the road! (The Indiana State Fair)

Yet another Hoosier Millionaire made on the road! (Hammond)

Winning a million is fun with....

Another Hoosier Millionaire made in 1998!

The Millionaire Board during the "No Dollar sign" era.

During the "Stopper" era.

This board is used for road shows like at Purdue University in West Lafayette (notice the Millionaire Board text at the top of the board)...

...and at Indiana State University in Terre Haute (notice the Millionaire Board text at the top of the board).

When the set changed in 1996, and HM goes on road shows, this board is used.

The Millionaire Match game board.

The pieces of the dollar bills.

Beware of the Stoppers!

In all pre-Hysteria formats, finding the Stopper(s) won the player an additional 1,000 Hoosier Lottery tickets.

While the basic format (6 players & 30 numbers) remained, the following changes were made:

Catt and the board. Under the main board is a tote board which displayed jackpots for the Hoosier Lottery.

Here it is again full screen.

Seven spaces are presented, spelling out the word "DOUBLER". Behind them are three "doubler" squares, one "tripler" square and three "stoppers." If the player reveals a "doubler"/"tripler", their front game score is increased accordingly. It's possible for a player to hit all three "doubler" spaces followed by the "tripler", but if a stopper is found at any time, the player's total reverts back to the amount won in the front game.

Every 12 weeks, the six players with the highest totals square off for a guaranteed $1 million.

The Hoosier Millionaire Hysteria tournament is divided into quarterfinals, semi-finals and finals. The game has a basketball theme and is played on a 16-square board, which resembles a basketball backboard and net. Each quarter, players will select a square from the board, which will reveal a two-pointer ($2,000), three-pointer ($3,000), foul (opponent gains control and $1,000) or turnover (lose a turn). The players who win the quarter finals advance to the semi-finals. The two winners of the semi-finals compete in the championship game for $1 million. The winner of the championship game receives $1 million, and the remaining five players keep their total winnings from the tournament.

In 2014, Hoosier Millionaire celebrated its (and the lottery's) 25th Anniversary with a special revival. A new ticket debuted, non-winners would enter the ticket online for a chance to play a non-televised game, with five players selected prior to the event, plus one selected at the event.

The five winners from each game advance to the final game at the Indiana State Fair, with the sixth player again selected at the event. This game plays under the standard rules (with two $10,000 spaces), and the winner faces the standard Millionaire Round, with amounts of $50,000 & $250,000.

The trio back then...

(Note: All the Tickets in this gallery are non winning and some may be unscratched.)

The ticket that started the Hoosier Lottery.

Here it is again with different amounts.

The Bonus Area was later added.

Gold & Glory (This was used to promote the 1992 Summer Olympics)

Scratch! Match!! Win!!! (Sold only at the Indiana State Fair)

"Thanks Mark!" - Lamont or Hobbs

"It's time to find out if (insert winner's name) of (insert hometown) is going to become our/the next Hoosier Millionaire!" - Lamont 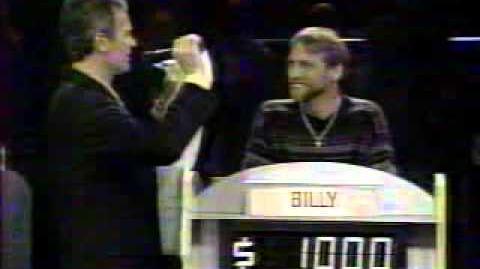 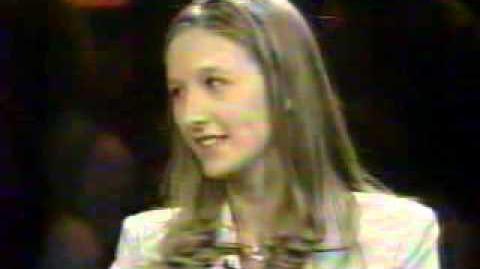 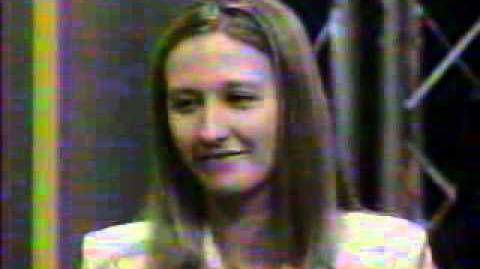