Jim Thornton (born April 21, 1965) is a television and radio announcer. He's the current announcer for Wheel of Fortune, replacing the late Charlie O'Donnell as his successor.

Born in Huntington, West Virginia, he graduated from Huntington High School in 1983 and then moved to Los Angeles in 1984, where his broadcasting career started a year later. He also has a degree in linguistics from Marshall University.

Thornton is best known as the afternoon anchor on all-news radio KNX 1070 in Los Angeles. He has also announced on Celebrity Deathmatch (MTV2 revival from 2006-2007) and did narration in a portion of Monsters, Inc. In 2011, he also lent his voice to the Oscar-nominated short animated film, Let's Pollute.

Thornton did substitute announcing work on The Price is Right following the death of former announcer Rod Roddy, until Rich Fields (who also auditioned) got the gig. In December 2010, he auditioned for the same role on Wheel of Fortune; following the death of the show's longtime announcer Charlie O'Donnell (which Fields also auditioned for), and confirmed as the show's new announcer on June 13, 2011. Because of this job, Thornton has scaled back from his work at KNX. 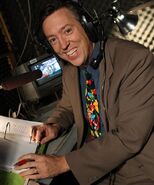 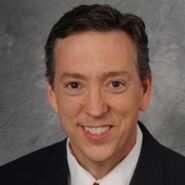 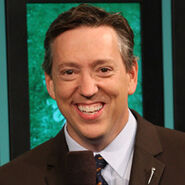 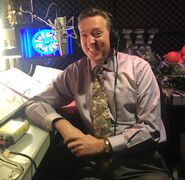 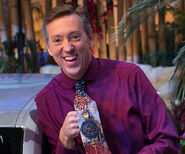 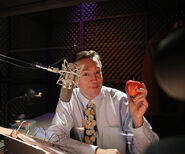