Linda Kollmeyer (born 1953 in St. Louis, MO) is a former American Hostess, Model, and Fitness Instructor. She perhaps is best known for her association with the Illinois Lottery, expanding two decades. She served as the hostess on all three game shows developed by the Illinois Lottery in addition to her hosting the daily lottery drawings on the WGN network.

Born and raised in St. Louis, Missouri, an ordinary farm girl with a passionate love for animals and nature. Linda also had a passion for dancing at a young age and in college, at the University of Missouri, she was a champion twirler and a cheerleader as well as competing in local beauty pageants.

Linda earned a degree in Nursing and afterwards, she made the move to Chicago in the mid-1980s and quickly found work at a local hospital, working closely with AIDS patients. Soon, Kollmeyer left her background in Nursing as she focused all of her energy into her other passion: in front of the camera. She then landed a number of modeling gigs as well as landing spot on TV commercials and even starred in a number of fitness videos where she worked closely with some of the legendary gurus including Jack Lalanne and Richard Simmons. All of which, led Linda to an audition that would change her life forever: the Illinois Lottery.

After she aced the audition, Linda landed the job that would make her an instant celebrity, hosting the daily lottery drawings for the state of Illinois. In addition to her hosting the lottery, Linda served as the hostess of the very first game show developed by the Illinois Lottery, $100,000 Fortune Hunt, debuting on September 16, 1989 and ran until July 2, 1994 on Chicago affiliates across the state. Linda remained with the program for it's entire 5-year run on the air. She first co-hosted the show with Jeff Coopwood, who, despite record high ratings, left the show after the Lottery attempted to rewrite his and Linda's contracts after the first year. Coopwood refused their reduced offer and left, while Linda accepted it and remained. Coopwood was replaced by Mike Jackson, who was married to Sally Ward Jackson, the director of the Illinois Department of Employment Security at the time. Jackson would remain with the program until it's end in July 1994, but the show never regained its high ratings.

On July 6, 1994, the following Saturday after the final episode of $100,000 Fortune Hunt aired, the second game show the Illinois Lottery developed made it's TV debut: Illinois Instant Riches with Linda remaining as the hostess as she was joined by Radio DJ and TV personality Mark Goodman as the new host. Just like it's predecessor, Illinois Instant Riches also enjoyed a 5-year run with the final episode airing on August 15, 1998 and the following Saturday, the lottery's third and last game show development made it's TV debut: Illinois' Luckiest, which was basically a revamped version of the previous show with bigger payouts and different formats used and with both Linda and Mark Goodman returning as the host and hostess. Illinois' Luckiest was nowhere near as successful as it's predecessors as the last episode of this incarnation aired on October 21, 2000. It's believed a dramatically drop in the ratings also played a role in the show's cancellation.

After the ending of Illinois' Luckiest, Linda continued on with the daily lottery drawings into the new decade. She has been associated with the state lottery for so long, she was given the nickname "The Lottery Lady". Perhaps one of the most memorable and favorite things about Linda that people loved were her words of wisdom or as she would refer to them: Linda-isms. After each Pick 3 drawing, there is roughly a 12-second gap while the Pick 4 machines are being switched on and while other hosts might tout the jackpot dollar amounts in the lottery's games (Little Lotto, Lotto, and Mega Millions), Linda uses that time frame to throw in a pithy, life-affirming line that segues back into the drawing. Her words of wisdom are something of lottery legend as she mentioned in an interview: “Colors of the autumn- it’s like walking on a stained glass window.” “I think that people wait to hear the good news. I can’t wait for your uplifting message today I’m having a bad day. And, well, that just buoys me onto higher heights.”

Viewers and fans found Linda's words of wisdom (or Linda-isms) to be uplifting, inspiring, and soothing. And some people actually think that she controls the lottery numbers, she definitely does not. She just pulls the tabs that draw out the numbered balls, after all she says "It's all luck. Look at the way the machines are. I have no control whatsoever, absolutely not. It is all luck." In fact, some have even wondered if she has ever played the lottery herself, she has not, she can’t, it’s against the rules. But overall what Linda has loved the most about the hosting the lottery drawings is that she likes to bring rays of sunshine to people....even if they don't win.

But sadly and unfortunately, all good things must come to an end. As of today, Linda no longer hosts the state lottery drawings. Since October of 2015, the Illinois Lottery was transformed into an online digital drawing system (which continues today) as Linda's final telecast of the lottery aired on September 30 and then afterwards, she stopped by the news desk of Chicago's WGN News to bid a fond farewell to the fans.

Even in the later years while still hosting the state lottery drawings, Linda has kept an active lifestyle. She also worked as a fitness teacher providing the most efficient, effective, energetic, functional workouts, within a physically challenging, spiritually uplifting playground for adults. Linda’s many years as on camera television performing talent have helped her provide the most wonderful experience for the class members to become the true stars of fitness in their own lives. 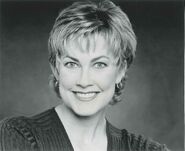 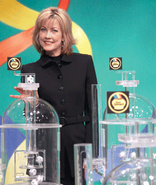