Make the Connection was a different kind of Goodson-Todman panel show.

Two contestants with a special connection with each other, sat on opposite sides of the host and facing a panel of four celebrities. The panel's job was to figure out what the connection was. Each panelist had 30 seconds to ask the contestants. Each time a panelist's time ran out and the connection was not guessed, the team won $25. The panel was stumped if they did not guess the connection after three minutes (3:00) of questioning, making a possible total of $150 for the team.

Like most Goodson-Todman panel shows, a celebrity guest would visit and try to stump the panel. One notable guest was the chimpanzee J. Fred Muggs from The Today Show.

Gene Rayburn made his debut as a game show host on this show.

Make the Connection was remade in 1989 as 3rd Degree!. 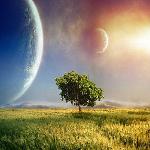