"These are the champs: Lori and Al Weaver. These are the challengers: Sandy and Kirk Moore. The couple that knows each other best will win a chance at our jackpot that today stands at $10,000, here on Matchmates! And now, here's our host, Michael Burger!"

Matchmates was an unsold game show pilot that combined elements of Haggis Baggis, The Newlywed Game, and Blackout.

The game was played by two married couples, who not only showed how much they know each other, but also how good puzzle solvers they were.

Hidden on the game board was a puzzle in the form of a 16-word sentence describing a person, place or thing. To start, four categories were displayed above the columns, and letters were displayed next to three of the rows. The second row was a wild card, which could be any letter other than the three displayed.

When a couple had control of the board, one spouse chose a category and a letter. That box on the board was marked with an asterisk, and the spouse secretly wrote an answer that starts with the chosen letter, fits the category and usually was his/her likes, dislikes, hobbies, etc. If the other spouse correctly guessed the secret answer, the word in that box was revealed and the couple were allowed to guess what the sentence was describing. Otherwise, the opposing couple would take control of the board. A controlling couple would also lose their turn if they solved the puzzle incorrectly.

To win the game, the couple in control had to correctly solve the puzzle from the words displayed thus far. The first couple to solve two puzzles/win two games advanced to the bonus round.

In the bonus round, the winning couple was giving a chance to win a cash jackpot by solving five puzzles of eight words each within 25 seconds. Each eight-word puzzle was scrambled and revealed word by word. The first puzzle was worth $200, each of the next three puzzles doubled the money, and the fifth puzzle awarded the jackpot (which started at $10,000 and grew by $1,000 for every time it was not won) if solved correctly within the time limit. 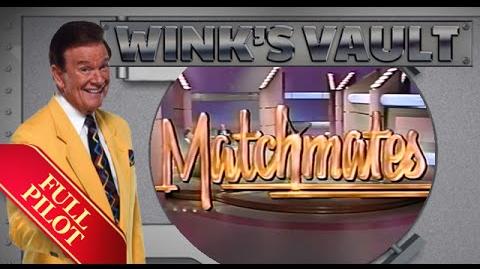