Megabucks Giveaway was the second lottery game show to be developed by the Michigan Lottery (replacing Fame & Fortune). Chief Meteorologist Chuck Gaidica from WDIV returned as host while Diane Sarnecky was replaced by Michigan Lottery Hostess Aggie Usedly. Also on board was Jim Harper, who occasionally substituted for Gaidica.

The show, like Fortune, was taped on Friday afternoons at WDIV-TV and aired Saturday nights on Detroit's affiliate WDIV as well as eight other affiliates across the state. Breaks during the program allowed for commercials and coverage of live drawings of the evening's Daily 3, Daily 4, Lotto and Zinger games.

Megabucks Giveaway was an updated version of the Michigan Lottery's previous game show, Fame & Fortune, with a few new elements.

One of the newest elements added was a BONUS card hiding behind one of the letters on the FORTUNE wall. Contestants no longer had an option to leave with car or stay in the game and taking the money concealed behind the BONUS card. Instead, they were now granted up an extra shot at picking one of four keys to unlock the safe that contained $50,000 in the end game (if they became the overall winner). Contestants could win up to two bonus cards, meaning they could have three chances to crack open the safe.

If more than one contestant reached $1,000, a tiebreaker round was played with random two digit numbers being used instead of dollar amounts. The contestant who picked the highest number on the FORTUNE wall was crowned the overall winner.

At the end of the game, the contestant who finished with the most money won an automatic $5,000 and an opportunity to unlock the safe that contained a check for $50,000.

The winner would have one chance to crack open the safe by picking one of four color-coded keys (Red (#1), Green (#2), Blue (#3),or Orange (#4)) and if he/she chose the key that unlocked the safe, he/she won the $50,000; if he/she picked an incorrect key, however, he/she only won the automatic $5,000. If the contestant picked a wrong key and he/she had any bonus cards, he/she was granted an extra chance for each card to cracking open the safe for the $50,000.

Draw for Next Week[]

Contestants were chosen by submitting their non-winning instant win tickets and at the end of the show, Chuck and Aggie would read off the names of the six upcoming contestants chosen from an off-camera random drawing and those six contestants would appear on the show the following week.

Contestants chosen to appear on the program stayed at the now defunct Omni International Hotel at Millender Center in Downtown Detroit and dined at The Whitney Restaurant and Limo Services were provided by VIP Limousine Service of Farmington Hills.

The show was cancelled on September 14, 1996 and replaced with Road to Riches the following week.

WDIV's Chief Meteorologist Chuck Gaidica is back as your host

the Contestants in play

the BONUS card which meant a contestant had at least one extra shot at picking a key to unlocking the safe that contained a $50,000 Cash Prize

And here Chuck places a BONUS sticker on the contestant's podium. She scored another BONUS sticker from earlier in the game which means if she becomes the overall winner, she'll have THREE chances to unlock the safe

The Zinger numbers drawn (989220) after the wheels have stopped

Tiebreak round (71), this number was uncovered by the contestant who covered the two BONUS cards and she lost her extra chances at unlocking the safe

The safe that contained the check for $50,000 with only one of the four color-coded keys is the correct one.

the contestant chose the "Blue" (3) key as Aggie puts in the lock but unfortunately it's the wrong key.

Darryl Wood returns with Live coverage of the Lotto 47 drawing

a shot of the studio from where the audience sits

Waving goodbye to the home and studio audiences 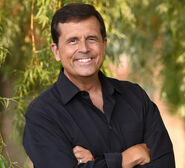 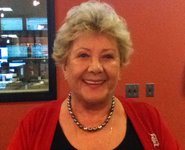 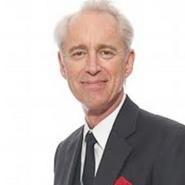 "Megabucks Giveaway" Promo from 1991
Promo from 1993 w/ voiceover from substitute host Jim Harper
A partial episode from February 22, 1992 (begins shortly before final round)