Merv Griffin's Crosswords was a game show where two contestants answer clues related to a crossword puzzle presented to them. Three players called "Spoilers" are added and they can get a chance to steal the active player's podium.

The game was played in three rounds. They played with the same crossword puzzle for the entire show.

In the first round, the two main contestants filled in the words in the day's crossword puzzle by solving its clues one at a time. When answering, they must spell out the answer after saying the answer, and some answers may contain more than one word. The first player to buzz-in with a correct answer wins money for the question, but an incorrect answer loses money and gave the other player a chance to answer.

(*) = The score format for round 3 was the same as round 2. On one episode of the show, the round 3 format seen here was used.

Some of the words in the puzzle were special that either affected gameplay or won a prize.

A correct answer to that word exposed that special, and won a trip which was inserted into the bank. This lasted for the first two months.

There were 3 Crossword Extras in total for the early episodes (1 for each round). This was where the player who answered a clue had a chance to wager any or all of his/her current dollar total (or up to $500 for round 1 or $1,000 in round 2 & 3 if he/she had less than those amounts) on a follow-up clue. A correct answer added the wager, but an incorrect answer deducted the wager. On later episodes, there were 4 Crossword Extras. There was one in rounds one and three and 2 in round two. Players can wager at least $500 in round 1; $1,000 in round 2 and $2,000 in round 3.

There were only two Crossword Extras and neither one was part of the main puzzle, so they were just what they sounded like. The player who buzzed in with the correct answer to the first word, had a chance to solve the extra for $300 in round 1 and $600 in round 2.

For a brief period, the show was sponsored by XBOX 360. So therefore, the Crossword Extras were renamed Crossword XBOX 360 Extras.

The front player with the most money won the game. If the game ended in a tie, one final crossword clue was played in which the winner of that clue became the victor.

The winner of the game kept all the cash (and trips) and went on to the bonus game where he/she can fill in the remainder of the crossword puzzle for more cash & a trip.

In the bonus game, the winning contestant had 90 seconds to fill in the rest of the puzzle. He/she picked off a word (by number & direction), and then must answer it & spell it after hearing the clue. He/she can pass on a word and may return to it later although there's no penalty for an incorrect guess.

Successfully completing the crossword puzzle before time ran out won an extra $2,000 (later $5,000) and a trip. While the show was sponsored by Microsoft's XBOX 360 video game system, the system in question was also a grand prize. In earlier episodes, the winning contestant won $100 for each word correctly solved win or lose.

A Board Game was Released by Parker Brothers in 2008. 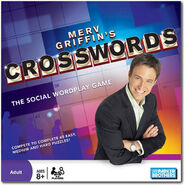 Three official tie-in books were released in paperback by Timothy Parker on October 16, 2007.

A mobile version was released by Electronic Arts in 2008. (NOTE: it was also available as a download from the show's official website as well.)

Video game versions based of the show was released for the Nintendo Wii in 2008 and Xbox 360 via Xbox Live Arcade in 2010.

A Wii edition of the show.

Oberon Games released a downloadable PC version and began selling it to retail chain stores in 2008. 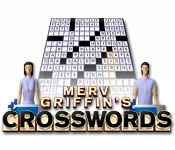 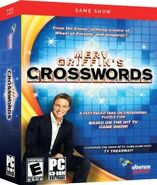 A DVD version was planned to be in the works but it was never released.

A DS version was planned to be in the works but alas, it was cancelled before it was even started.

An updated version of "Buzzword" by Merv Griffin

Contestants Eddee Colos and Ed Young both won $12,800. Both of them completed the crossword puzzles at the last second.

Despite low ratings Crosswords was renewed for a second season, but producers claimed they were putting the show on hiatus due to financial issues, stations were instead offered a repeats package of crosswords, a repeats package of Style by Jury (a Canadian makeover show) or Inside the Box (a Canadian pop culture game show). About a year later, producers officially cancelled the show.

The show's theme song is an updated version of "Buzzword" written by Merv Griffin originally used as a prize music cue from Wheel of Fortune.