Shows based on Hall's formats[] 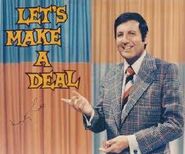 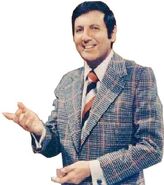 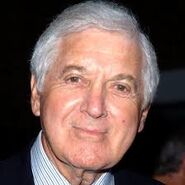 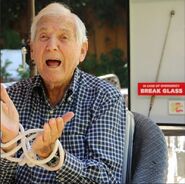 Monty's star on the Hollywood Walk of Fame

In conjunction with his 95th birthday on August 25, 2016; Buzzr started airing a mini-marathon of 4 episodes of Let's Make a Deal, along with 2 episodes of the short-lived 1979-80 revival of Beat the Clock.

Buzzr did a mini-marathon tribute to Hall from October 3 until October 4, 2017, due to his death on September 30, 2017, with a various episode of his hit signature creation Let's Make a Deal along with the short-lived 1979-80 revival of Beat the Clock. Additionally, the marathon aired again on October 7, 2017.

On October 8, 2017, GSN aired their tribute to Monty Hall with a six-hour marathon of Let's Make a Deal. Every episode, except for one, was from the 1971-1977 syndicated run and included both its premiere and finale. One episode from 1984 was also featured in the marathon. At least one episode in the marathon was never aired on Buzzr as of yet.

“Last Week, we lost the creator and the original host of Let’s Make a Deal, Mr. Monty Hall. Now we all know that Monty was a great host, but he was a great man as well in every single sense of the word. He was a philanthropist who raised hundreds of millions of dollars for charities, and even more important than his charitable work, he was a family man, he loved his family. Monty made everyone feel special and he was an inspiration to people that he would meet on the street, he was an inspiration to myself and everyone here on the set of Let’s Make a Deal. He would come by, he would visit us, we’d laugh, and it was absolute magic. He absolutely loved the show, this show which he created 54 years ago. So today, we are celebrating his memory with this episode and we are going to do, what we know what Monty would want us to do. We’re gonna have fun, we’re gonna make deals, and we’re gonna change lives. Monty we’re gonna celebrate your legacy, and this show is for you, thank you!” - Wayne Brady, (at the start of the Let’s Make a Deal Episode dated October 5, 2017)