Home viewers would play along with pre-printed game cards that were available from the network website just before each episode airs, and were also eligible to win prizes. For example, on the first episode the prizes included gift cards from show sponsor Kmart, a trip to the Indianapolis 500, a seven-night cruise from Royal Caribbean, a visit to the set of fellow ABC series The View and Ugly Betty, and a CD from the music group Rascal Flatts.

The show was expected to return for a five-episode run during the week of December 17, 2007, but on November 13, 2007, ABC decided to replace it with its new game show Duel. In 2008, NBN was cancelled and was afterward shopped to other networks.

Eventually, GSN acquired the rights and the game was repackaged into a daily half-hour version called Bingo America, with some modifications.

Each hour-long episode of NBN was divided into three games: Red, White, and Blue. Only cards with the correct designation were eligible to win prizes. Unlike the audience members, studio contestants did not actually have a bingo card. Instead, they participated in stunt games, for example, a simulated automobile race or a simulated wedding. During these games, they took guesses on what the next ball to be drawn from an oversized bingo drum would be. On the premiere, the choices were "Higher or lower than the one before it?" (first selection was based on the player's age), "Odd or even?", and "With red or black decals?" (later changed to "Red or black numbers?" due to some confusion which happened on the premiere) like a roulette wheel.

On at least two occasions, the stunt was to draw balls that contained a certain number, such as five 5's ("High Five"; drawing G-55 would count for two 5's) or four 9's ("Baseball").

All games were winner-take-all, non-winning contestants received nothing, not even consolation prizes. 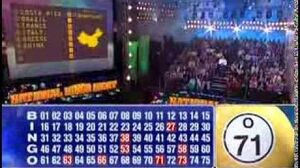 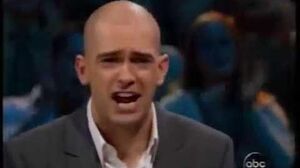 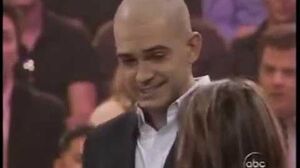 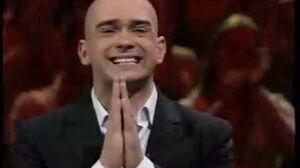 Countries that have aired their versions of National Bingo Night include:

Prior to National Bingo Night, number caller Yesenia Adame was one of the "Million Dollar Dancers" on the short-lived ABC primetime game show Show Me the Money in 2006.