The topic of this page has a Wikia of its own: Nickelodeon Wiki. 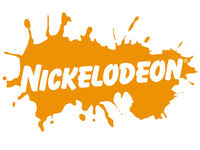 Nickelodeon is an American children's cable television station that was first launched on April 1, 1979. It was originally called "Pinwheel" from December 1, 1977 until April 1, 1979. Nickelodeon is owned by Viacom and currently broadcasts 24/7 and may sometimes sign off on weekends. Nickelodeon has a wide arrangement of family shows, cartoons, and movies. Nickelodeon also had a channel that featured nearly every game show in its library called Nick GAS.

In addition, stars of Nickelodeon TV shows such as All That, Victorious, iCarly, Welcome Freshmen & Clarissa Explains it All competed/were panelists in some Nick game shows.