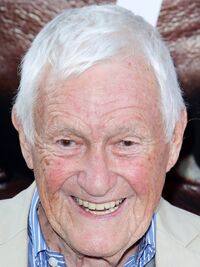 Orson Bean (born Dallas Frederick Burrows; July 22, 1928 - died February 7, 2020) was an American film, television, and stage actor, as well as a comedian, writer, and producer. He appeared frequently on televised game shows from the 1960s through the 1980s and was a long-time panelist on the television game show To Tell the Truth. He also hosted a couple of pilots for Concentration in 1985.

On February 7, 2020, Bean was killed by two cars at the intersections of Venice Blvd. and Shell Avenue in Los Angeles. It has been known that Bean was a distant cousin of past U.S. President Calvin Coolidge.