1968-69 SPIEL:
"You're aces with everybody when you join us to play television's first card game: Pay Cards! And here's our trump card, the host who pays: Art James!"

Three players, one of whom was a celebrity playing for a studio audience member, faced a board of 20 hidden cards and attempted to build a high poker hand.

In Rounds 1 and 3, the first player would call out three cards to reveal. If a pair or three of a kind came up, the player had to keep those cards. If not, the player could either keep the cards or turn them back. If the cards were kept, that player called out a fourth card. If the cards were refused, control passed to the next player in turn, who would then turn over three cards. If a player kept a card, that player could then turn over another card and either keep it or refuse it.

After two players had each completed a five-card hand, the remaining player had to complete his/her hand by keeping whichever cards s/he revealed.

At the end of each round, the players were paid as follows:

The player with the best hand at the end of each round received a $50 bonus. After the first round, Art asked one player to locate a specific card among the remaining five for $20.

This second round was played similarly to Round 1, but with a few Wild Cards" hidden on the board (each with a photo of the celebrity guest). These cards allowed for a player to make five-of-a-kind.

If time ran short, each player had to complete their hand immediately.

The player with the most money at the end of the game played the jackpot round.

The player would attempt to memorize 12 cards and their positions for 12 seconds. The celebrity guest would then spin a wheel, which determined which card the player had to locate on the board. If the player could recall where that particular card was located on the board, he or she would win a bonus prize.

Two contestants (male vs. female) competed, facing a board of 16 playing cards and trying to build their best hand out of them.

After each card was revealed, the player could either keep the card and control, or refuse it and pass control. This continued until one of the players completed their five card hand, with the opponent having to make do with whatever cards they had called.

At the end of each round, players were paid off depending on what they had in their hand:

As in the original series, a $50 bonus was awarded to the better hand in the round.

If time was running short during a round and if neither player completed their hand, then both players were required to immediately complete their hand.

Round 2 had four different formats

Round 3 was played similar to Round 1, but with one, two, or three Jokers shuffled into the cards to make five-of-a-kind possible.

At the end of this round, the player with more money won the game and advanced to the bonus round for a chance at $5,000. The losing player left with the cash in front of them as well as a copy of the show's home game. In the event of a tie, a playoff was held, in which both players chose cards from the remainder of the board (Aces are high) and the contestant that started Round 3 would pick first; with high card awarding $50 and the game.

In some cases, the winner ended up being determined before Round 3 due to being ahead by more than $350 after Round 2. In this event, Round 3 was played for additional money.

In the first phase of the bonus round, a player was given four cards to memorize and four seconds to do it with. They would then pick a card from Mary Lou and try to find where it was on the board. Doing so won $50.

If a player got to the third and final phase, they faced a 12-card board. After having twelve seconds to memorize the cards, they'd make one final choice of card. Correctly recalling its location won the contestant the top prize of $5,000.

The series had no returning champions.

A board game was produced by Whitman Publishing in 1969. Gameplay was modified in that all three opening rounds were played in "Five Card Draw" format (although with a little tweaking, the game could be played to the TV rules for either version), and all players participated in the Jackpot Round to try and find the chosen card.

Two versions of the game were released, with the first one having no Wild Cards and the second including two (though the rules of the latter version prohibit Wild Cards from being used to make five-of-a-kind).

Super Pay Cards! promoted a board game on-air (as it was awarded to losing players), with the credits listing Milton Bradley as provider. The box seen on-air appears to have been a mockup with the show's logo on its lid. Despite all this, there is no known evidence that the game was actually released in any form.

An Australian version aired in both weekly and daily forms during 1969 on Network Ten, hosted by John Bonney with Ann Aczel as hostess. The weekly version debuted on April 18 followed by the daily version on May 12, with both ending their runs on December 5. 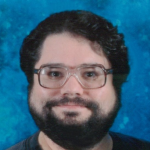