Pepsi's Play for a Billion

The winners of the promotion each chose a 6-digit number. Through use of a computerized system no two players had the same number.

Meanwhile, under tight security the $1,000,000,000 number was randomly chosen under the supervision of executives from both Pepsi and the network. One person would roll a 10-sided die. Once both executives confirmed the number rolled, a billiard pool marked with said number was placed into a bag. This continued until all six digits had been determined. Thereafter, a chimpanzee named "Mr. Moneybags" would randomly draw the six digits to determine the order.

The ten players closest to the $1,000,000,000 number were called up on stage. In each round a cash offer was made to the group. The offers started at $20,000 and grew by $10,000 in each round (culminating with a $100,000 offer in the final round). The players were given time to consider it, and if a player buzzed in, they would leave with the money offered and forfeit their number to another player of their choice. If no one accepted the offer, the player who was furthest away would leave the game with nothing. The last player left standing won $1,000,000 and played for $1,000,000,000.

With PepsiCo unwilling to bear the risk of a potential billion dollar prize, they made arrangement with Berkshire Hathaway to insure the prize at a $10 million premium. 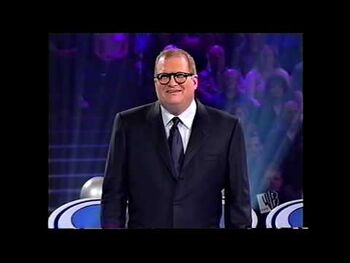 This is the first game show to be sponsored by the soda brand, the second is Cherries Wild hosted by Jason Biggs on FOX in 2021.