PlayMania was an interactive phone-in game show shown on GSN late at night. This was originally a single show. Later on in this show's run, it was split into two sections entitled 100 Winners and Quiznation.

The original PlayMania was a game show in which home viewers were the contestants. American residents 18 or older could enter the contest by text messaging for a small fee, or using the network's website to enter free. From January to April 2007 a premium-rate phone number was available to use as an entry method, as well. Within a few moments, a contestant was notified whether or not his or her entry had been chosen (at random) to proceed to another random selection process. If an entry was selected in the second phase, the contestant would then be called on his or her home or mobile phone, depending on which method of entry had been used. The contestant would then, if the game was still in progress, play on-air. After a game was completed, the queue was cleared, and any entrants who wished to play the next game were required to re-enter. A $.99 fee applied for each text message entry or premium rate phone call, along with standard text messaging rates added to the former. Entries on the network's website were free. Regardless of the method of entry, each entry had an equal chance of being selected. An entry did not necessarily guarantee an opportunity to appear on the show. Residents of certain states were ineligible to play using various entry methods.

The PlayMania Block shows continued to use the same entry process.

PlayMania featured various mini-games that were played throughout the program. The rewards for the games were usually cash prizes ranging from $100 to $500 in cash, sometimes reaching amounts as high as $2,000. Any games that were not completed before the end of a day's broadcast were normally carried over to the start of the next show.

During its ten-month run, the below twenty-one permanent games were played on the original PlayMania. Many carried over to be rotated on quiznation.

All the games as a list. The remaining one is Lingo, played like the show of the same name. 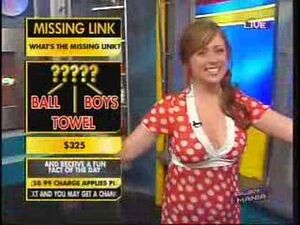 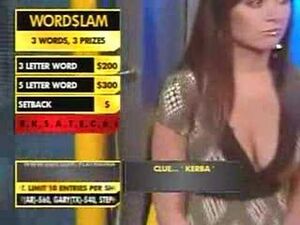 Quiznation oops moment!-2
Another blooper where they didn't realize they were BACK ON LIVE! 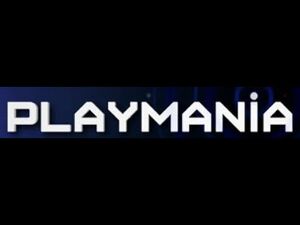