Raymond Neil "Ray" Combs, Jr. (b. April 3, 1956 – d. June 2, 1996) was an American comedian, actor, and host of the game show Family Feud on CBS and in syndication from 1988 to 1994 (he was later replaced by Richard Dawson in 1994 as a response to increasing ratings). Following the cancellation of Feud, Combs attempted to get back into television with the short-lived Family Challenge on The Family Channel (then Fox Family, later ABC Family, now Freeform) in 1995 (he was then later succeeded by Michael Burger when the show was re-titled as The New Family Challenge in 1996), but his life had already taken a severe downturn including a divorce from his wife, Debbie Combs, a near-fatal car accident, financial problems (including the closing of two comedy clubs he managed in Ohio), and severely hitting his head on the walls and damaging the inside of his house, which ultimately led to his suicide in 1996 where he fashioned a noose with his bedsheets and hanged himself in the closet of his hospital room, without leaving a suicide note. 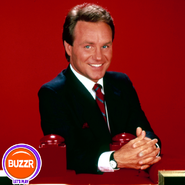 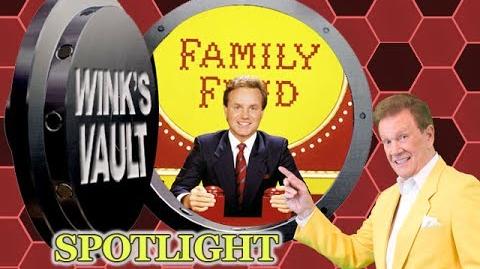