Game Shows Wiki
Register
Don't have an account?
Sign In
Advertisement
in: Announcers, The Price is Right Announcers, 1960 Births,
and 2 more

He was a meteorologist at a CBS station in Florida. He has done many announcing works such as Flamingo Fortune (of which he was a fill-in host for at least one episode). He also did Gameshow Marathon, Drew Carey's Improv-A-Ganza, and most notably The Price is Right from 2004-2010; being the fourth longest-running announcer. He is currently a meteorologist at WTSP-TV in Tampa, Florida. He was also a meteorologist for KCBS & KCAL-TV in Los Angeles, CA.

When the nighttime version of Card Sharks was in development, he was considered to host the show but was turned down in favor of Bill Rafferty instead. 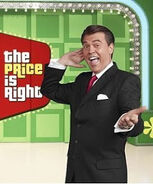 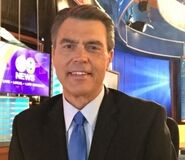 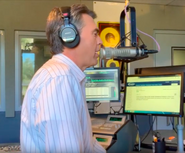