Snap Decision is a comedy game show that puts preconceptions, first impressions and gut instinct to the ultimate test.

Three studio contestants go head-to-head for a $10,000 grand prize as they are asked to make snap judgments about three strangers who are recently interviewed on the streets. However, looks can be deceiving as people are often not to who they may seem, leading to unexpected twists, turns, outrageous and hilarious results.

The three strangers are presented one at a time. On each person, a question about them with two possible answers is asked. The players will decide in secret which is what they said. Each correct answer is worth $100.

The questions focus on two of the strangers. For every pair of strangers, a strange fact is presented but only one of them has that fact. The players will decide in secret which player gave that fact. Each correct answer is worth $200. The lowest scorer at the end of the round is eliminated from the game.

If round two ends in a tie, a toss-up question about David is asked. The first player to buzz-in with the correct answer moves on. Buzzing in with the wrong answer eliminates that player.

If there's a three way tie after round two and the first player answers correctly, a second tiebreaker is played to decide the second finalist.

Each of the two remaining contestants get to choose which of the three strangers to play with for the entire round. They'll be asked a series of questions about who they choose. The questions will be the same for both strangers. Correct answers win money for themselves while incorrect answers gives the opponent the money. The players alternate turns throughout, with first question worth $250. New questions increase by that amount throughout the round. The first player to reach $2,000 or more, wins the game. 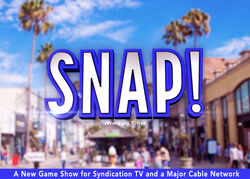