"This is backstage at NBC Studio 8H in New York City just about to go on the air. Our contestants for today are hurrying to complete in private their associations to the key words we've given them. Out on stage waiting to meet them are their partners (insert celebrity guests) and host Ed McMahon. And the game they're on their mark to play is SNAP (*Snap*) JUDGMENT!"

Snap Judgment was a word association game with a similar structure to Password.

The original format featured a word-association game played by two teams consisting of a contestant and a celebrity. Contestants completed their associations before the start of the show and their celebrity teammates had three tries to guess the association based on the clue word provided by McMahon. A correct guess won $10, while no correct identification allowed the other team to get the $10 by guessing correctly with one try. If both teams failed to guess correctly, the contestant would reveal the first letter of the association and each celebrity had one shot at guessing the association. The first team to score $100 won the game and played a bonus round, called "The Big 5".

With the contestant offstage in a soundproof room, the celebrity teammate was asked to come up with five associations to a clue word provided by the host, then designate one of those five as a bonus word, the one his/her teammate was most likely to say. The contestant would then return and have 20 seconds to come up with all five associations for $50 each ($250 in total). If the contestant guessed the bonus word, their winnings were doubled.

On December 23, 1968 the game format & set was changed to one virtually identical to Password, which had been cancelled by CBS over a year earlier. In the new format, the objective was to guess a word from one-word clues with a point structure identical to that of Password (10 points were awarded for guessing the password on the first clue, nine points on the second clue, eight points on the third clue, etc.) After the fifth word, point values doubled.

There were no returning champions in either format. Each show featured two new contestants. 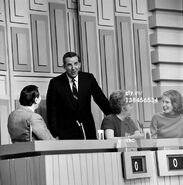 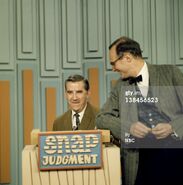 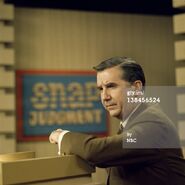 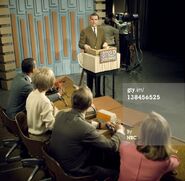 A board game was released by Milton Bradley in 1968, based on the first format.