"And now it's time to play…SPLIT…PERSONALITY! Split Personality, this portion brought to you by the NBC Television network and many, many discriminating sponsors. And now, here's our guest tonight, your host, the star of Split Personality, Tom Poston!"

Each player chose a clue to give his or her opponent. Among the possible clues a player could choose from were sex, height and weight, color of hair and eyes, age, place born, number of children, current residence, occupation and picture of spouse.

The champion was shown a picture of the celebrities whose images had been combined. If both people were correctly guessed, the champion won a bonus prize. 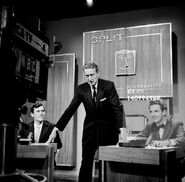 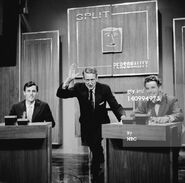 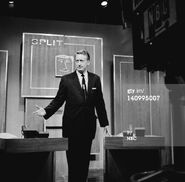 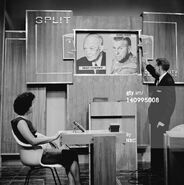 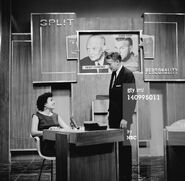 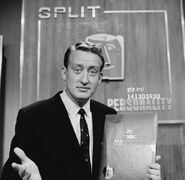 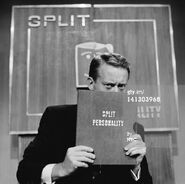 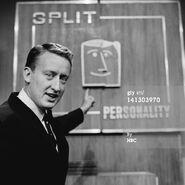 Intro of the pilot