The Money Pump was an unsold adaptation of an Israeli format where contestants compete against an enormous money pump for $1,000,000.

The Money Pump is presented onstage as a spherical tank connected to pipelines, all of which are covered with displays that can show money swirling around or being transferred in or out. Two contestants play each game and are initially credited with $1 million. They must answer a series of eight questions in order to keep as much of that money as possible.

On each turn, they choose one of three categories, then are asked a question with four answer choices. They must each lock in a guess without discussing the question. If they have not both responded after three seconds, the pump activates and drains money from their total until they have done so.

The team has three bailouts, each of which may be used once.

After the fourth question, the team has 60 seconds to answer as many true/false questions as possible. Each correct answer given by both contestants adds $10,000 to their total. 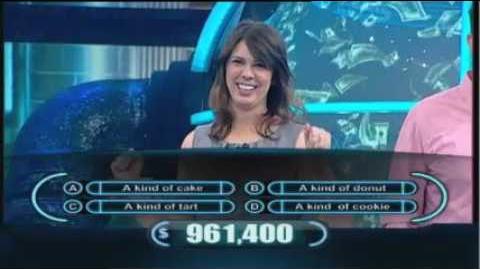