The Pack is a short-lived, elimination-styled reality competition series that features twelve teams of dogs along with their human counterparts as they embark on an epic adventure across multiple continents.

At stake is a life-changing $750,000 for the winning duo and their charity with $500,000 going to the winners and $250,000 for the animal charity of their choice. Additionally, The Pack donated $250,000 during filming to multiple charities and animal rescue organizations in each country, helping to pay it forward to dogs and those who love them around the world. To win the monetary prize for themselves and their charity, the teams will have to depend on their understanding of one another's strengths and weaknesses and prove to have the strongest bond in the pack. In each locale, the human and dog duos will face fun and exciting challenges designed in concert with a team of accredited veterinarians and certified dog experts that also accompany the group on their exciting journey making sure it is a positive experience for everyone.

On January 13, 2021; it was announced[1]that the series was cancelled after ten episodes due to the People For the Ethical Treatment of Animals (or PETA) condemning the show saying that "animals are individuals - not props for movies and TV shows" but an Amazon spokeswoman said that the charity's statement did not influenced the cancellation decision.

The series is often described as The Amazing Race with dogs.
The one and only winners of the series are Mark LeBlanc and his 10 year old Border Collie named Ace. 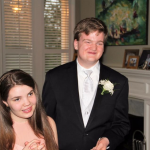