REST OF SPIEL: "Thank you. Thank you very much, and welcome to The Quiz Kids Challenge, where it's not how old you are, it's how much you know."

The Quiz Kids Challenge was a spinoff of Quiz Kids with an additional competing team of three adults.

A game board of nine monitors displayed eight categories, each one having three questions except for one (that will be explained later). Host Prince chose which category to play first, then posed a toss-up question for the teams. The first player to buzz-in would answer the question. A correct answer won $50 for the team, but an incorrect answer gave the opposing team a chance to answer the same question. After all the questions in that category were asked, the player who correctly answered the last question to that point got to choose the next category. The one category that had a single question was dubbed "Triple Play" and the team that chose it got to answer that question unopposed for triple value ($150).

When the show started, one member of the adult team would choose the first category, but for the rest of the run, Jonathan made the first choice.

Later in the run, the first round also had a Viewer's Choice, in which the home viewer sent in what categories they wanted to see on the show.

Round 2: Double or Nothing[]

In the Double or Nothing round, eight new categories were displayed on the board. The trailing team chose the first category, then a $50 toss-up question was asked. But what made this round different was that the first team to answer the toss-up not only got the $50, but also got to decide to either keep the money and add it to the team's score or risk the money and try to double it to $100 simply by answering another question. This question could be answered only by players who didn't answer the previous question. If they answered the new question correctly the money was doubled and they also got to decide to either keep the $100 and add it to their score or answer one final question. This question could be answered only by the player who didn't answer the two previous questions, and was worth double the money, meaning a possible $200 could be made on each category. On each of the last two questions, if the team missed, the opposing team could still steal the money and control of the category. If they did not, the category was taken out of play and the player who gave the last correct answer chose a new category. This round was played with a time limit, and a buzzer sounded to indicate when that limit expired.

For the final round of the game, four categories were displayed. To begin, the trailing team chose a category, then host Prince asked a question in that category. The first player to buzz-in not only got a chance to answer, but also started the 100-second clock. Correct answers added money to the team's score and they chose another category; an incorrect answer gave the opposing team a chance to answer. If both teams missed, the category was thrown out and a new one got placed on the board. What made this round different was that the questions doubled in value every 25 seconds; on the first 25 seconds each correct answer was worth $50, then $100, $200, and the final 25 seconds made correct answers worth $400. When time ran out, the team with the most money won the game and kept the cash. Both teams split their final totals, which were each split three ways. Since the Quiz Kids competed for an entire week, their winnings would be banked and each day for the rest of the week, the winnings would be added to any previous money won. The Quiz Kids' final tally was revealed at the end of their week, and their total was split between the three of them.

The kids stayed on the show for the entire week, playing against a different adult team each day. 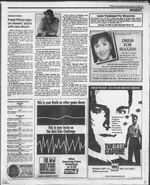 Based on Quiz Kids by Louis J. Cowan

"Contestants must meet eligibility requirements and are chosen at the sole discretion of the producers for competitive and entertaining games that match Quiz Kids with a cross section of adults."

"The kids are interviewed in advance about areas of special interest and expertise."