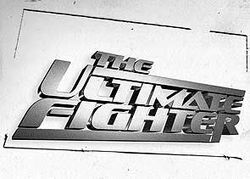 The show features professional MMA fighters living together in Las Vegas, Nevada, and follows them as they train and compete against each other for a prize contract with the UFC.