The topic of this page has a Wikia of its own: The Weakest Link International Wiki.

The Weakest Link is an adaptation of the British game show of the same name where it originally aired on NBC in which eight contestants (six in the syndicated version) competed to win a top amount by playing a quiz/elimination contest. At the end of each round, the contestants would each vote for who they suspected had the worst round (although players could, and sometimes did, vote tactically for a player they could have a more difficult final against). The player with the most votes was voted off as the "Weakest Link".

The game was based on the British version of the same name and also presented by Anne Robinson. In each round, the team’s goal was to reach the target of the maximum value within the time limit. They did that by correctly answering a series of questions posed by the host. The players on the team played one at a time from left to right. In the first round, the player in the first position or an impaired player such as wheelchair-bound (as opposed to the player whose name is first alphabetically in the original British version) went first; then after that, the "Strongest Link" (the player who answered the most questions right) from the previous round went first in the next round. Not only that, the time was reduced in each new round. Also in each round, there was a money chain; on the chain were ascending money amounts leading up to the target amount. So the fastest way to get to the target was to create a chain of a certain number of correct answers. As soon as a player missed a question, the chain was broken, and all the money from the chain was lost. However, at the beginning of each new turn, a player in control could bank the value of the previous question by saying the word "bank" before his/her question was asked; when that happened, that money was put into the bank, but the chain had to be reset. In addition, players must wait for their name to be called before banking (some players think that banking before their question was asked meant exactly that). Also, like most other game shows, the contestant's first answer was the only one acceptable. In the current version, the player must also hit a button on their podium along with saying "bank". In addition, the current version uses video questions, seen on the podiums' screens; plus, players must wait for the question to be completed before answering, as the questions are now shown to the home audience to allow them to play along, similar to the second and third seasons of ESPN's 2 Minute Drill. In addition, if a player's answer was not specific enough the host will ask for such.

The bank's target value was the maximum amount of money that a team could accumulate in any one round, and if a team reached the target and banked it while already having money in the bank (a rare occurrence), the bank would be augmented to the target value instead of having the target value-added to the bank. The number of money amounts/consecutive correct answers needed was determined by how many players were originally on the team. As with Who Wants to Be a Millionaire? & Greed, the amounts were not cumulative.

On both NBC versions, the first round lasted for 2½ minutes (2:30) and decreased by 10 seconds for each new round.

In syndication, the first round lasted for 1¾ minutes (1:45) and decreased by 15 seconds for each new round.

Voting Off the Weakest Link[]

Any money that had been banked by the team when the time was up was carried over into the next round, giving the team a chance to add more to the bank. However, one player would not advance to the next round, for at the end of each round, all the players on the team would write down their votes on their telestrators as to who they thought was the "Weakest Link" (or the player who had the worst round). While they were writing, the announcer told the home viewers who were statistically the "Strongest Link" (best player), and the "Weakest Link". Then the votes were revealed by pushing buttons on their podiums and saying the name of the voted, and the player with the most votes was eliminated from the game. In case of a tie, the "Strongest Link" cast the deciding vote. In between the reveal and the elimination, the host would talk to some of the players to find out why he/she voted off a particular player. After the elimination, the eliminated player would do a post-show commentary of what happened. In the current version, the players use touch screens to vote and use their bank buttons to reveal. In all cases, players are not allowed to vote for themselves, and the name of the player eliminated from the game is removed from their podium with each round. If the Strongest Link is part of a tie vote, the host will sarcastically ask them if they wish to get rid of themselves; that player of course would not.

Note that contestants could, and sometimes did, vote tactically to aim to vote off a player who they would have a more difficult game against in the next round. Tactical voting becomes more and more influential as the rounds go on, especially in the final round of voting, where one player's vote can decide the final two contestants.

NOTE: Should the "Strongest Link" from the last round be voted off, then the second strongest link started the next round.

In the final round, the two remaining players played a showdown for all the money in the bank. To start, the "Strongest Link" from the last round (or, in the second syndicated season and the current NBC version, the second-strongest if that player had been voted off) decided if he/she should go first or let his/her opponent go first. Then the players took turns answering their questions. Each player received up to five questions (three in the syndicated version), and the player with the most correct answers won the game. If there was a tie after everybody was asked all of their questions, the game shifted into a sudden-death playoff. Questions continued in pairs (they still alternated turns answering questions), and the one player who could manage to answer his/her question correctly when his/her opponent could not answer his/hers, won the game.

The winner of the game got to keep all the money in the bank, while the loser and the other eliminated players from the game would leave with nothing.

The highest amount won on a Celebrity Edition of the show was when LeVar Burton won a "Star Trek Stars" edition with a pot of $167,500. 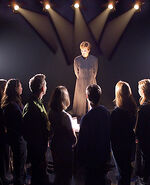 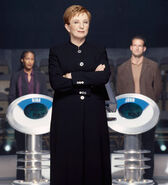 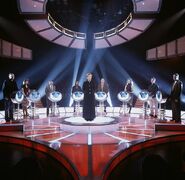 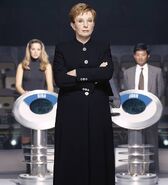 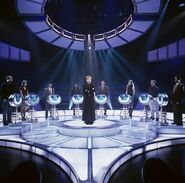 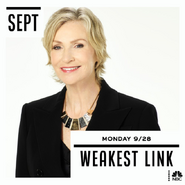 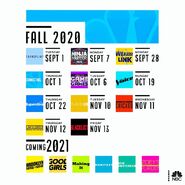 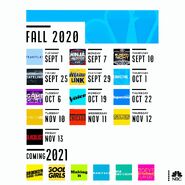 The following list of countries that did their versions of The Weakest Link includes:

Anne Robinson not only hosted the American version, but she also hosted the original British version. The original American pilot was shot on the British set with American contestants.

George Gray hosted the syndicated show at the beginning of 2002 and ended in 2003.

The set (mainly from the George Gray version) was used in the unsold 2002 pilot called Cheaters (not to be confused with the 2000 reality show of the same name) which later was sold to PAX (later "I"/Independent Television, now ION Television) as Dirty Rotten Cheater hosted by Bil Dwyer except Dwyer's host podium was in the middle.

This was the only version out of all international versions where the contestants applauded and cheered whenever the target was hit, and the host told them not to in some way. This was also the only show where applause occurred only at the end of each show. In addition, this is one of the three shows to have music playing throughout; Greed and It's Your Chance of a Lifetime are the others.

The Hong Kong version (see International Versions) originally had its host act like Robinson, but Hong Kong culture usually does not tolerate this. Bowing to public pressure, Television Broadcasts Limited (TVB), which broadcast the show from 2001 to 2002, required her to act nicely for the rest of the run. The host for the Hong Kong version, in particular, was actress Carol Cheng. In this version, the chain values (in HK$) are tripled from the US version (for a grand prize of HK$3,000,000) , and the first round is started by the player whose first Chinese surname (last name) is first alphabetically.

Usually reserved for celebrity shows on the former NBC version. The new version uses this, regardless of the edition.