Back to page
Add topic

Hi, welcome to Game Shows Wiki! Thanks for your edit to the Winning Lines page.

Boy, you must have a giant extensive game show knowledge, which may explain why you are currently going editing crazy. Most edits I favor especially on the facts about the Family Feud board and other parts of the set; while others... ehhhhh. Anyway, I'm sending you a message to commend you, not down you.William Henry Sydnor Jr. 02:10, August 1, 2011 (UTC)

RE: Other Supermarket Sweep bonus pictures...[]

Unfortunately that's not my department, it is apparently yours, CoolWikiDude's and (goodness help me) Dinobot281's.

All I do is add them to the Supermarket Sweep image category.

I can't do that; I am not a admin user. That position is usually given to me or any good user, if and when the time comes and believe me, this should be the time. BTW, I don't think TheCoolWikiDude is an admin either.--William Henry Sydnor Jr. 15:15, July 6, 2012 (UTC)

Thanks for fixing the Shop 'Til ou Drop WMS Gaming link, I tried to do this myself but I just didn't know how and I deeply apologize for any damage from link page, it won't happen again.(Gameshowsareforever (talk) 02:16, March 5, 2013 (UTC))

Come to think of it gameshowguy2000, their once was a mobile game based on Press Your Luck back in the early-to-mid 2000's (Pre-Ludia days) I tried to look it up on the internet but alas no sign but I just can't remember who made the game, also I tried to look up the STYD cell phone game on the net of who made it but alas no clue sorry, BTW was it based on the JD Roberto "Warehouse era"?(Gameshowsareforever (talk) 03:39, March 5, 2013 (UTC))

Thank you so much for your contribution in finding the STYD mobile game I think I know you use the Internet Way Back Machine for it and it's pretty cool that ou found out about it. now If you can find the comapny who has made the "Original" Press Your Luck mobile game (again pre-Ludia days) then will be all good.(Gameshowsareforever (talk) 02:42, March 11, 2013 (UTC))

you know Gameshowguy2000 believe it or not I already know about Daniel Benefield blocking me until season 31 of "America's Game". and to be honest with you since that (and pardon my French for saying this) "D*Bag" had "Blocked" me because of this "Incident" and truthfully, I haven't been uploading pics, Making brand new articles, etc. on that strict at all times wiki site since.(Gameshowsareforever (talk) 22:16, August 11, 2013 (UTC))

Does anybody know that somebody has upload a pic of the Teenage Mutant Ninja Turles (TMNT) on this wiki (and it's not me BTW!) I think that you should ban that person for good I mean, don't get me wrong it is a very popular on and off again franchise since the 80's but what does that have to do with game shows?(Gameshowsareforever (talk) 05:40, August 12, 2013 (UTC))

I’ll see what I can do, John, but it won’t be easy. I have been really busy lately, as my house is being repaired due to severe storm damage. Yes, I have a life apart from the Game Shows Wiki.—Brandon Devers 16:43, August 29, 2013 (UTC)

well GSG2000, since were going into the "food" realm of competitive shows then I guess you can add "Iron Chef America" and "Chopped" to go along the list. Even though they don't feature Gordon "Dropping F Bombs" Ramsay as host, they do have a similar competitive theme. except that the only people you impress are three judges and not a "I'm-about-to-get-a-heart-attack" chef from the U.K.

but alas I.M.H.O, these reality-competition type shows on TV now-a-days really need to be called "Game Operas" instead of "Game Shows" because even though their are some shows that have people competing against each other for cash, at the same time they like to show some unscripted emotions, backstabbing and struggles between the participants. Heck, I think that I would even like to call "Wipeout (2008)" a "Game Opera" myself. Say what you don't like about my statement but that's my opinion and I'm entitled to it.

also I still think that their original "Challenge" and "Fame Game" counterparts The Real World, Road Rules and The Surreal Life needs to be deleted for good.(Gameshowsareforever (talk) 21:12, February 13, 2014 (UTC))

It's a good thing to note those anyway, as I am sure you and I and almost every game show fan out there was so focused on Ken Jennings that year (I could barely focus on anything else game show-related until after he was done!). Gameshowguy2000 (talk) 16:44, July 11, 2014 (UTC)

Doing some looking through Internet Archive and the current site's dating format for Short Shots (gameshownewsnet.com/shortshots/MMDDYY.html), I've found a total of 41 recaps ranging from October 4, 2004 (the Season 10 Premiere) to March 18, 2005. Listings will be added once I start getting around to putting Season 10 shows to the Archive. -Daniel Benfield (talk) 05:30, July 15, 2014 (UTC)

Good. The best way to do the dating for the 2004 shows is to remember the Ken Jennings shows for Jeopardy! (and yes, I did count December 1 as a Ken Jennings show, due to the fact he was brought out at the top to be honored for all his accomplishments). That's how I deciphered those few shows. Gameshowguy2000 (talk) 00:27, July 16, 2014 (UTC) 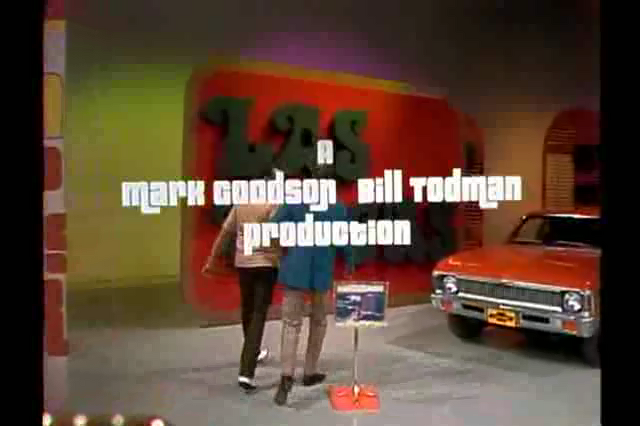 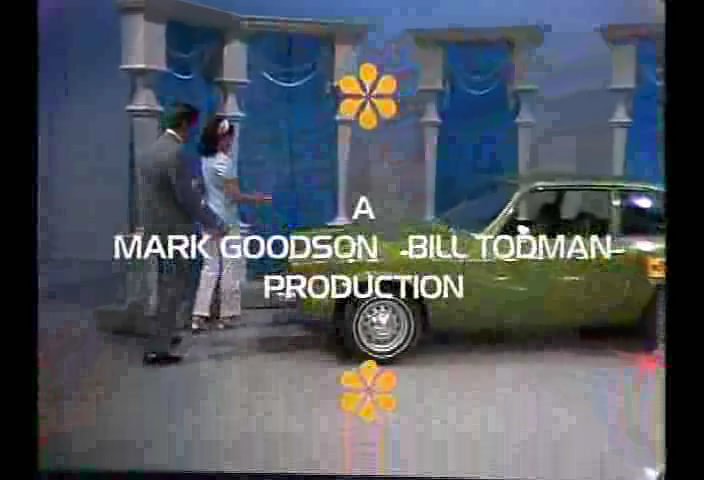 Hi, John. I left you a message on the Coca-Cola Wiki. My Coke Rewards no longer exists. What are your thoughts on My Coke Rewards being discontinued? If you could reply over there, that would be great. If not, you can reply on this wiki.—Brandon Devers (talk) 17:13, July 12, 2017 (UTC)

I just got notification from Wikia staff and they unlocked more abilities, I can now make other trusted people individuals. I have now given you administrative rights. Thank you for your help. I will give a few others you recommended rights as well

Hello, John. I also decided to make you an admin on the Password Wiki. I know that you, William, Bryce and TheCoolWikiDude will take good care of the Password Wiki.—Brandon Devers (talk) 17:34, June 29, 2018 (UTC)

I do not like what I just read! Listen Brandon, don't let one whack job scare you away from Wikia (soon to be called Fandom)! That's just only one bad apple in that barrel. I outta know, I've had Wikia users bully me and I'm still standing. Even other users got bullied and they are still standing. You don't let this particular Wikia user bully you into leaving us. And furthermore, JUST GET RID OF HIM!--William Henry Sydnor Jr. (talk) 18:50, October 7, 2018 (UTC)

Even though I didn't want to do it since he probably wasn't a bad editor (unlike a certain Goldenroad and a Dom Falance), I blocked Duckieboy01 for you, but only for three months since I don't believe that he is a bad person. But still, something must be done. Okay? Okay. Peace out! P.S. Please stay!--William Henry Sydnor Jr. (talk) 19:03, October 7, 2018 (UTC)

I agree that one shouldn't give in to bullying. I did that back in 2009 on a different site, but that was because I didn't know any better and I've learned quite a bit since then.
As for blocking, taking a quick look over at the Coca-Cola Wiki ("quick" because of the "good lord it hurts my eyes" color scheme) I don't entirely see the issue with Duckieboy01, aside from some spelling and grammar mistakes (which could be for several reasons).
As for reverting Brandon's pages here, William, I think that's something that should be left to his discretion. Given that he blanked his Coca-Cola Wiki talk page back in mid-August "as I am considering leaving", this was something he'd been considering for a while now, and given the message he replaced his userpage here with...I dunno, honestly. I'd say the door should be left open should he want to return, but in the end it's his decision on this whole matter and I wish him the best on whatever he does next. -Daniel Benfield (talk) 20:08, October 7, 2018 (UTC)

You are right about the color scheme. It can drive anybody mad! OH! After seeing Brandon's latest comment and what you told me, I unblocked Duckieboy01; besides there probably wasn't any other issue to being with.--William Henry Sydnor Jr. (talk) 20:48, October 7, 2018 (UTC)

On the color scheme there...red is indeed the Coke color. Now, is it too bright is the question? Now, if he wants to hand Admin rights over to me or allow me to share them with him, that's fine. Daniel, how would you like to be admin over here as well? I don't know if that's too much on your plate. (I am also offering the same option to Bryce.) Gameshowguy2000 (talk) 23:31, October 8, 2018 (UTC)

Regarding the Coca-Cola Wiki, I looked at it again just now and I didn't really have an issue. I think I had my phone brightness down too much last time. As for being an admin here, I appreciate the offer but respectfully decline. -Daniel Benfield (talk) 16:57, October 9, 2018 (UTC)