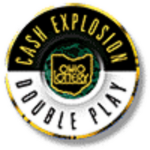 Hi, welcome to Game Shows Wiki! Thanks for your edit to the File:Debt round 1 board.jpg page.

Since we have the episode link with the Sweep Swipe (as well as the photos), we should add some photos for the Magazine Display as well.

Also, I think we should add photos for all the other bonuses as well (i.e. Bonus Specials, Shopping List, Fruit Fantasy, Cracker Jackpot/Jolly Time is Money, Laundry Detergent, etc.). In fact, I found another instance of the Super Sandwich that should help you: http://www.youtube.com/watch?v=7w8kck7dKkI

They used a bumper card where the background was a sky with clouds (You can search YouTube for any 1993-1994 episodes). The 10th Anniversary bumper I believe was only used during the first few weeks, but my memory at this point is bleak. Gameshowguy2000 17:04, June 24, 2012 (UTC)

P.S. Did you get my message about pictures of the Fruit Fantasy for the Supermarket Sweep page?

Yes Guy, I got your message. TheCoolWikiDude.

I'm on it Guy. TheCoolWikiDude.

I blocked this troll's IP thanks to your message. Unfortunately, trolls can easily begin their malicious work by going to a library, Internet Cafe or college. If any other trolls pop up, let me know. I had this problem before when this wiki started.

Hello, sir. How are you? I haven’t seen any more trouble from Dinobot281 since, but who’s to say he could strike again? I see that Jeopardy! and Wheel of Fortune are two of your favorite game shows. They are two of my favorites, too, and I bought the twin pack for the Nintendo Wii. I have not lost one match on Jeopardy! However, I have not yet opened up Wheel. I am just waiting for the right time. Do you have a Wii, and if so, do you have either Jeopardy! or Wheel of Fortune? In the meantime, I will keep monitoring Dinobot281 and his activity. If he strikes again, we know what to do. Take care.—Brandon Devers 22:34, September 24, 2012 (UTC)

Dinobot281 just won’t quit, will he, Chief? He added another picture to WHO WANTS TO BE A MILLIONAIRE? However, William (Kingofgameshows800) removed it; I added it to a good page, Meredith Vieira, which I created.

Good evening, Chief. I have been especially busy, but not on this wiki. The Carly Rae Jepsen Wiki took more big hits today. TK-999 of the Vandalism & Spam Task Force blocked the offending antagonists. I bring up TK-999 because he can help us in case Neubauer is unable. Should we encounter anyone like Andressguy (and were we given hell by Andressguy!) we can contact TK-999 on vstf.wikia.com. He’ll block the offenders we report to him.—Brandon Devers 22:48, October 17, 2012 (UTC)

Reporting for duty, Chief. I am officially the owner of the Carly Rae Jepsen Wiki. My first order of business (how appropriate) was undoing and blocking vandalism there. Whoever thought it would be funny to post sexually explicit content about Carly has just gotten himself banned for life. Anyway, William (Kingofgameshows800) mentioned Dinobot281 again. Did you see his last edit summary? I think he said, “Somebody get Dinobot281 outta here!” We need to, but TK-999 cannot help us with that as it is not vandalism. Neubauer is our last hope. Take care.—Brandon Devers 17:46, November 2, 2012 (UTC)

I mean that Neubauer is our last hope in getting Dinobot281 to cease and desist his reign of terror. William said that the pictures that Dinobot281 uploads are not vandalism. As such, that cannot be reported to the VSTF.—Brandon Devers 11:30, November 3, 2012 (UTC)

Besides undoing his edits, there is not much else that we CAN do, considering that Neubauer has not answered our calls for help. However, as I am the boss on the Carly Rae Jepsen Wiki, I made that off-limits to Dinobot281.—Brandon Devers 21:42, November 3, 2012 (UTC)

I'm sorry to break this to you, but we can't upload anymore CGI picture should they be the ones created Tnpir4002. Nothing personal, he just doesn't want us to use his pictures for any article. Okay?--William Henry Sydnor Jr. (talk) 23:59, November 4, 2012 (UTC)

Happy Holidays, Chief. Hoping you and your family have the merriest of Christmases.—Brandon Devers 15:09, December 24, 2012 (UTC)

Thank you, sir. Be sure to check out the special holiday videos that I posted on the home page @ password-plus.com. Two of them are from PASSWORD PLUS. The other two are from PRESS YOUR LUCK. The password is MERRY...as in MERRY CHRISTMAS!—Brandon Devers 15:19, December 24, 2012 (UTC)

I have a question. What is the font you used for "Double" and "Final" on the Double Jeopardy and Final Jeopardy bumper cards?

Reporting for duty, Chief. What are your thoughts on GSN finally getting the rights to $ALE OF THE CENTURY? (Now we just need GSN to get the rights to SCRABBLE!) When I checked the Wikipedia article, I read that most of the NBC run did not exist. I thought NBC ceased its wiping practices in 1980.—Brandon Devers 19:02, April 3, 2013 (UTC)

You mentioned something about an upcoming Press Your Luck stage show. Where & when did you hear about that?--William Henry Sydnor Jr. (talk) 15:06, July 23, 2013 (UTC)

Here's a video to help you to post a picture of the Cracker Jackpot sign for the Supermarket Sweep page: http://www.youtube.com/watch?v=-tJ9TmFLJfA

I'm thinking for the Jeopardy!/Sets page, the Super Jeopardy! section needs snapshots of the game board (with the values for both rounds). Here are some videos to help:

My Artwork from Buy a Vowel Boards... Edit

Hello... I've noticed that you are reposting several pieces of my artwork that I have posted on buyavowel.boards.net, not just from me, but from other talented WOF fan artists like germanname and wheelgenius, as well as other BAV members. I don't mind if other people use my work, but you are not giving me credit for my work, yet it's this site that shows up on Google results showing my work rather than BAV, and people are giving credit to you rather than me. Could you please be sure to credit me on any and all artworks that were created by me? Otherwise, I will have to watermark any future work I post on BAV, and I really don't want to have to do that because I know so many game show fans enjoy my creations.

And, I believe it's gold:

Hello, Chief. I know I waited quite some time to tell you, but I created the Password Wiki: password.wikia.com. You are more than welcome to contribute there. Take care.—Brandon Devers 21:16, December 1, 2015 (UTC)

UPDATE: The Password Wiki will remain, but password-plus.com ran its course. I saw it coming a few years ago. Except for the holidays, updates seemed to dry up.—Brandon Devers 23:37, January 16, 2016 (UTC)

do you have any full episodes of greed?

Why don't you ask someone on the Company Bumpers Wiki for admin right so you can block StoneKnightMan and GethN7 over there and take care of those little kid vandals? The site is being mismanaged and they're damaging it, plus TPercival and Rodney are too wishy washy to take care of them. K7456765 (talk) 22:49, April 21, 2018 (UTC)

Here, you were asked to ban two users under the premise they were troublemakers. In truth they are the real troublemaker, and they wanted me banned out of spite and StoneKnightMan for the same reason, and unfortunately suborned you unwittingly into doing so. I hold no grudge over this, you would not be the first person Nate Spidgewood has lied to for such reasons, but I would ask you undo the bans and be wary of future attempts by Nate to trick you into similar acts. GethN7 (talk) 23:54, April 21, 2018 (UTC)

What’s up, Chief? Hope you are well. Listen, I decided to make you an admin and bureaucrat on the Password Wiki. I know you haven’t contributed there, but feel free. I think of you as a good friend and someone whom I can trust. Take care.—Brandon Devers (talk) 14:31, May 29, 2018 (UTC)

If you are going to notice, I am limiting the bonus pictures in the Cash Explosion Spotlight gallery only to Cash Explosion, Pick 3, Pick 4, Pick 5, Rolling Cash 5, Classic Lotto, Mega Millions, PowerBall, EZ Play, and Keno. WIlly Wonka's game is on the board but I made a custom board to not let Fandom know about this. TheCoolWikiDude (talk) 12:47, June 13, 2018 (UTC)

Retrieved from "https://gameshows.fandom.com/wiki/User_talk:TheCoolWikiDude?oldid=164454"
Community content is available under CC-BY-SA unless otherwise noted.